Don’t blame me for tough decisions on black money after Sept 30: PM Modi 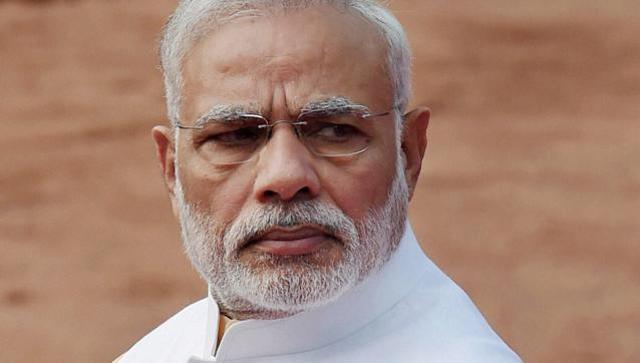 Prime Minister Narendra Modi said it is his government’s decisive action that is helping turn India into an opportunity for foreign investors. However with progress must come transparency, and Modi sounded a clear warning on Friday for those who have yet to declare their assets.
Pointing out that the government has made requisite legal changes, he said, “You may have made mistakes with whatever intention, be it willingly or unwillingly, but here is your chance. Come in the mainstream… No one should blame me if I take tough decisions after the 30th (of September).”
One of Modi’s poll promises during the 2014 general elections campaign was recovering black money. After several extensions, finance minister Arun Jaitley announced September 30 as the final deadline for people to declare their assets.
“This money belongs to the country’s poor. No one has the right to loot this. This is my commitment,” Modi said in an exclusive interview to CNN News 18 on Friday.
Speaking in Hindi, the Prime Minister addressed several other economic issues including the goods and service tax (GST) bill and the challenges the NDA has faced apart from politics and policies.

The Modi government is at its halfway mark. However, it has had to jump over many hurdles to have something to show at this point.
The GST bill is one of its significant victories.
“Most (people) don’t pay taxes because the process is so complicated, they think they might get stuck in it. GST will simplify tax payments so much that anyone who wants to contribute to the country will come forward. This is perhaps the biggest tax reform since the independence of India. Taxation systems will also be simplified. This will not only benefit the common man, but the revenues will help develop the nation… It (the system) will be transparent and strengthen the federal structure,” Modi said.
Among the other significant changes brought about by his government, Modi also counts the change in public opinion towards the Centre. Though he said it was for people to evaluate the NDA’s performance thus far, Modi said the reforms have helped spread positivity in general.
“There was a negative atmosphere and that had an echo effect. The country’s traders and industrialists had started looking out of the country. There was a paralysis in government… (But) Our intentions were strong, policies were clear, there was decisiveness... because there was no vested interest. The result of this was that positivity spread very quickly (through the country). Today, we have the most amount of foreign direct investment after independence,” the Prime Minister said.

“The entire world says that at 7% growth, we are the fastest growing economy -- be it World Bank, IMF (International Monetary Fund), credit agencies, even UN agencies, they all say India is growing rapidly. So those policies which are helping growth have been emphasised. All obstructions are being removed through policies. All this has resulted in speeding up the economy.”
Modi predicts better days ahead as growth continues, good rains boost agriculture, and industries do better.
“Usually it is one or two things that are talked about, but today growth is being talked about in all sectors. This time the rains have been good and this helps agriculture, which is the driving force for the economy. This has raised hopes that the coming days will be much better. Infrastructure work is also growing rapidly and that happens when there is demand in the economy. From all of this, it looks like we have moved ahead to better days.”​
You must log in or register to reply here.
Similar threads
After 27 yrs, don Rajan back to face trial
Varun Gandhi's bride to don Indira's sari for wedding
**DON MUTHUSWAMI** Music Review~
As Delhi chokes yet again on Diwali, who is to blame for its toxic air?
How The Sugar Industry Paid Harvard Scientists & Shifted Blame Of Heart Diseases To Fat
Share:
Facebook Twitter Pinterest WhatsApp Link
Top