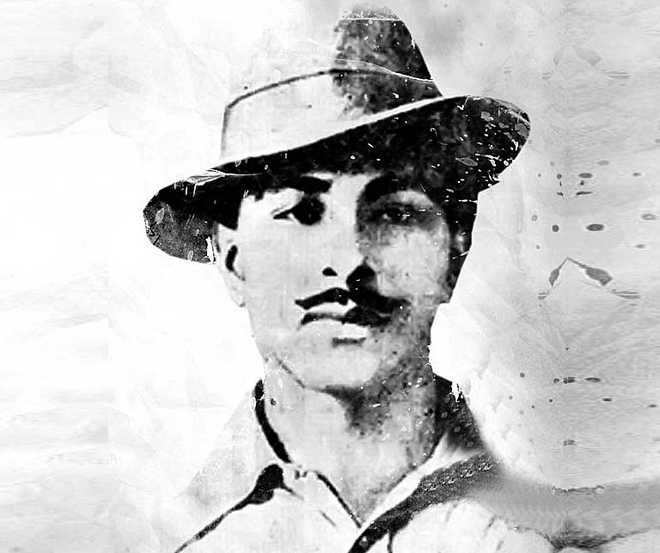 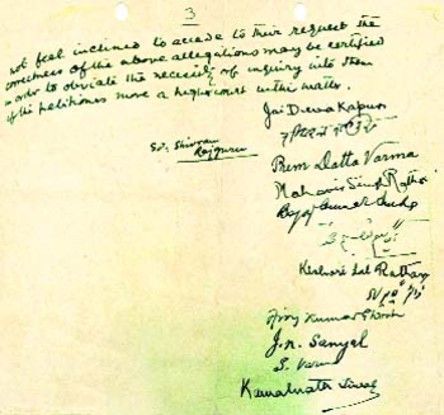 The 160 files related to the Lahore Conspiracy Case of 1929, in which Bhagat Singh and his 15 comrades faced trial, have been lying in oblivion at the Punjab State Archives in Lahore’s Anarkali Bazaar despite numerous efforts by researchers and martyrs’ relatives to gain access.
The Tribune, in a four-part series, throws light on these unknown pages of history
Sarika Sharma
Tribune News Service
Chandigarh, October 16
What did they eat? How did they travel? Where did they stay, or study? Almost every aspect of the revolutionaries’ life mattered to the police in the British Raj.
More than eight decades after his martyrdom, the 160 files related to Bhagat Singh and his comrades’ trial may finally see the light of day. A historian has finally managed to access the files in Lahore.

Though a large part of these files — titled the ‘Lahore Conspiracy Case 1929’ — like the proceedings of the special tribunal, the exhibits produced in court and the verdict are already in public domain, several unknown aspects of the revolutionary struggle and the lives of the martyrs have come to light.
Dr Aparna Vaidik, an associate professor of history at a private university in Haryana, accessed the files sometime back over two trips to Lahore and is working on a book.
According to the information she shared with Harish Jain, a Chandigarh-based publisher and researcher on Bhagat Singh, some of the files have more than 1,000 pages while a good number are limited to one or a few pages.
Not a single page has been lost and a large portion of the files is laminated as well, which seems like a recent attempt to preserve them.
Some of these files carry day-to-day records of any individual or establishment that had any bearing on or dealing with the revolutionaries. Be it schools, colleges, hostels, libraries, even dhobis, dhabas, milk sellers, halwais, building landlords, railways, post offices or transport companies.
These were seized from Punjab, Delhi, UP, Bihar, Bengal and Maharashtra and were used as evidence in court. “These may look like banal details, personal histories of the frugal life they lived and comprise travel and living spaces’ details, but the files can help paint the martyrs’ lives and times afresh,” says Jain.
Among the files are records like DAV College, Lahore’s admission register to the cash book and book issuing register of Dwarka Das Library. Going by the index, file number 38 has the cash book of Dwarka Das Library from 1927-29. Then located in Lahore, Bhagat Singh and his comrades would frequent it to get books issued. After Partition, the library was relocated to Sector 15 in Chandigarh.
When the police found that accused Kishori Lal and Prem Dutt had been students of DAV College, they confiscated a large chunk of college records, which form part of files 14 and 39. File 14 contains the record of first-year admissions, file 39 has the lecture register of second-year class of DAV College, 1929. Like Dwarka Das Library, DAV College was relocated to Chandigarh after Partition. Similarly, file 44 has the ‘register of meal, etc, produced by Baboo Ramaish Chander Ch, proprietor of Eastern Home Hotel, Calcutta’. Calcutta was one of their major centres of activities.
File 52 has the ‘attendance register of Bombay Cycle and Motor Agency Ltd. Lahore’, where they were learning driving. The police were also extensively investigating the places where the revolutionaries stayed. Files 111 to 115, for instance, contain records of hotels in Lahore and Ferozepur. It included Hindu Hotel, Lahore; Sharma Hind Hotel, Ferozepur; Eastern Home Hotel, Lahore, etc. “These records can help us locate their secret shelters. It can be a real heritage of India’s revolutionary movement,” feels Jain.
When the police found out that the revolutionaries were commonly travelling through train, they confiscated the registers of relevant stations of Eastern Indian Railway (Cawnpur, now Kanpur). That is part of file 53.
The files also give a peak into the frugal lives of the revolutionaries. One evidence of that is that they didn’t have even money to buy rice in cash. They were taking rice on credit from one Abdul Jabbar shopkeeper in Lahore. His “bahi” (ledger), which was produced in court as evidence, is still lying in file 146.
Around 10 files, numbers 146 to 155, contain information from where they purchased chemicals.
An important file (number 154) contains rent receipts of one Master Kanhaya Lal, whose house they had taken on rent. Similarly, rent receipts issued by another house owner Hussain Baksh are also part of the Lahore files.
File 149 contains the laundry book of Kaumi Washing Factory, Gwaal Mandi, Lahore, where revolutionaries were getting their clothes washed. A slip of the laundry company is known to have been found from Kishori Lal’s pocket. Even the record of a shop from where they were getting milk on credit was presented as an important court evidence. “Bahi” of Ram Swaroop halwai, Lahore, is part of the record.
Letters to court, police
An important part of the 160 files are the letters written by Bhagat Singh and comrades. One file has almost 150 pages. These letters were written to the court and special tribunal, police, etc. According to historical accounts, the revolutionaries were submitting a letter, application or petition to the court almost every other day; this was besides the communication they were sending to the outside world through the court, which needed to pass orders on each.
Lahore Conspiracy Case 1929
It involved Bhagat Singh and 27 others, who were tried for the murder of police officer John P Saunders, conspiracy to kill the police chief and waging a war against the King. A special tribunal was set up against 18 accused from May 5, 1930 to speed up the trial. The tribunal proved the participation of Bhagat Singh, Sukhdev and Rajguru in Saunders’ murder. Ajoy Ghosh, Jatindra Nath Sanyal and Des Raj were acquitted. Kundan Lal and Prem Dutt received seven and five years’ imprisonment. Kishori Lal, Mahabir Singh, Bijoy Kumar Sinha, Shiv Verma, Gaya Prashad, Jai Dev and Kamalnath Tewari were awarded life imprisonment. The names of three people, Agya Ram, BK Dutt and Surendra Nath Pandey, were dropped during the trial.
You must log in or register to reply here.
Similar threads