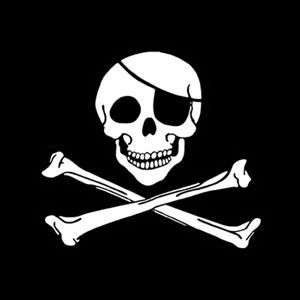 Arielle Sumits, chief analyst and prime architect of the Cisco’s Virtual Networking Index, revealed that thus far Asia has the most file-sharers, while the United States has the least (below 25 per cent). It seems that the news break hopes that American censoring legislation is about to have any effect on piracy.

While American copyright owners are pushing extensively for online censoring legislation to fight unauthorized peer-to-peer, they forget that main part of the world’s file-sharers reside outside the US borders.

According to the computer networking company’s Arielle Sumits, Asia currently hosts the highest number of the file-sharers throughout the world, with the US lagging far behind – even further than Canada. The lead analyst of a recent Virtual Networking Index produced by Cisco said in the interview that thus far the largest number of P2P users reside in Asia, followed by Europe. In the meantime, the United States turned out to have the lowest rate – less than 25% of traffic.

It seems that the news comes as a shock to rights owners and legislators involved in enacting online censoring laws like the COICA and PROTECT IP Act. Both of the bills have the purpose to boost the economy and protect US jobs (particularly the cleverly named PROTECT IP Act) by providing law enforcement extra instrument to pursue file-sharing sites. However, Cisco’s information proves that both drafts will have little effect, if any.

Many critics have already pointed out that the problem with these pieces of legislation is that they encompass only the US, which can at the most only reshuffle dollars file-sharers are now saving by illegally acquiring Internet material. Besides, this is only predicated on the assumption that the infringers would have otherwise bought the material, which is often times not the case.

Meanwhile, the industry observers assume that it would be a more prudent tack for US rights owners to take to find out why Asia is so engaged in piracy. That’s what a number of software companies did last year – tired from years of rampant piracy in Asia, they started experimenting with lower price points in attempt to increase consumer demand. As a result, Autodesk alone more than doubled its sales of AutoCAD 2011 after reducing its price to a modest 50% of what it costs in the United States. All that the other US rights owners have to do is exactly the same.
You must log in or register to reply here.
Similar threads