Chikungunya And Dengue Kills 30 In Delhi, All You Need To Know About The Outbreak 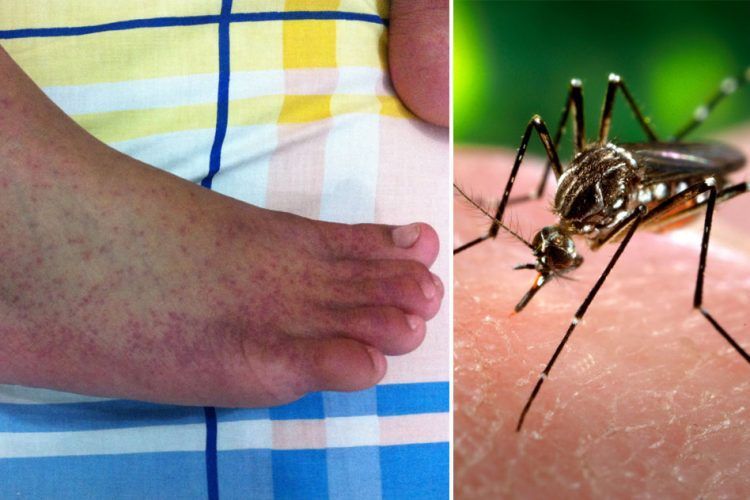 Fear continues to mount in Delhi as Chikungunya and Dengue wreak havoc in the capital city with the death toll climbing to 30 on Thursday. The number of affected people from the two vector-borne diseases has crosses 2,800.

According to the reports of National Vector Borne Disease Control Programme (NVBDCP) under the Health Ministry, dengue has affected 36,110 people across the country and has claimed 70 lives, the maximum 24 in West Bengal and ten each in Odisha and Kerala.

The outbreak is more severe in south Delhi. After a 75-year-old man succumbed to Chikungunya on Thursday, the number of fatalities reported from the disease rose to 12.

AIIMS has reported that the death toll due to dengue rose to 18 and the number of cases has crossed 1,100.

A number of the victims are residents of the areas of Uttar Pradesh and Haryana adjoining Delhi. More and more people from Haryana and Uttar Pradesh are also coming to Delhi due to lack of proper healthcare facilities.

At least 1,158 cases of dengue have been reported in the national capital with nearly 390 of them being recorded in the first 10 days of September, the month in which the vector- borne disease begins to peak.

WHO’s advice to India
The World Health Organization (WHO) asked India to strengthen its disease surveillance system by engaging more private healthcare institutes for reliable counts of Dengue and Chikungunya.

Why such an outbreak?
Robust monsoon this year has led to the surge of spiraling cases of Dengue and Chikungunya in the country. Delhi is showing the spurt in Chikungunya after nearly 10 years and health experts are of the opinion that this “upsurge” could be due to “evolution” in the Chikungunya viral strain.

Experts also feel that north Indians could be succumbing to the vector-borne disease because of their “low immunity” to it.

Doctors are however not sure whether this disease has been carried to Delhi from people outside the city.

The country had a major epidemic of Chikungunya during the 1960s and 70s and the total number of cases rose to 1.39 million in 2006, according to an annual report by India’s agency for vector-borne diseases.

What is Chikungunya?
Chikungunya is a viral disease which is transmitted via mosquito bites, according to the WHO. Once a person is infected, it can take more than a week for symptoms to appear.
The two types of mosquitoes–Aedes aegypti and Aedes albopictus–that carry Chikungunya, the Zika virus and Dengue, thrive in India. There is no cure for the disease. Treatment is focused on relieving the symptoms.

Symptoms of Chikungunya
Chikungunya is characterised by an abrupt onset of fever frequently accompanied by joint pain. Other common signs and symptoms include muscle pain, headache, nausea, fatigue and rash. Joint pain is often very debilitating, but usually, lasts for a few days or may be prolonged to weeks. Hence the virus can cause acute, sub acute or chronic disease.
Most patients recover fully, but in some cases, joint pain may persist for several months, or even years. This condition can cause death in older patients.

Prevention of the disease
The best way to contain the disease is by stopping mosquitoes from breeding. This requires the mobilisation of affected communities. During outbreaks, insecticides may be sprayed to kill flying mosquitoes, applied to surfaces in and around containers where the mosquitoes land and used to treat water in containers to kill the immature larvae.

When it is spreading, everyone should try to minimise their skin exposure during the day. There is no vaccine for Chikungunya. Patients are mostly given specific treatment for their symptoms like fever and painkiller medicines for high fever and joint pains.

Difference between Dengue and Chikungunya
Dengue kills a number of people while Chikungunya patients usually recover. This usually takes months. In chikungunya, the infection seems to leave lasting immunity; in dengue, there can be subsequent afflictions, according to Indian Express.
You must log in or register to reply here.
Similar threads
Chikungunya and Dengue: What you must know about symptoms, diagnosis, treatment
Shun politics, let's work together: Kejriwal on chikungunya menace
Delhi: Authorities clueless about origin of 50% chikungunya cases
Coconuts sell briskly in Delhi as chikungunya cases rise
Chikungunya scare in Delhi: Why you don’t need to panic
Share:
Facebook Twitter Pinterest WhatsApp Link
Top