Caste No Bar: Will The Supreme Court Verdict End Discrimination In Temples? 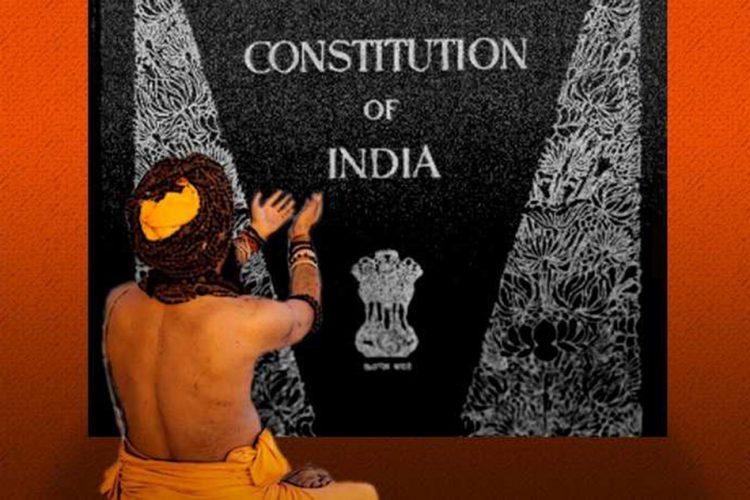 Priesthood has been a monopoly of Brahmins
Even now there are many temples were lower castes can’t enter , leave alone becoming priests

More in the story

How the Court’s verdict is on the lines of what BR Ambedkar wanted
How have priests and the VHP reacted to the verdict?
Can the decision be implemented?
The Supreme Court has ruled that “caste, birth or any other constitutionally unacceptable parameters” cannot be the sole basis of appointment of priests in temples and other religious institutions.

Delivering its verdict on a petition filed by priests of Madurai’s Sri Meenakshi Amman Temple, the court said that “constitutional legitimacy must supercede all religious beliefs or practices”.

The Supreme Court bench of Justices Ranjan Gogoi and NV Ramana interpreted Article 16(5) of the Constitution to clarify that inclusion or exclusion of a particular segment for appointment as priests in temples or other religious institutions can be ratified only when “such exclusion is not on the basis of caste, birth or pedigree.”

The extent of state intervention in religious affairs has been the subject of much debate in India. Ancient Hindu traditions entrust the management of religious shrines to the priests. However, priests have invariably been chosen on the basis of their caste and clan. Priesthood is still considered as a monopoly of one particular caste – Brahmins. The custom has taken the form of an unwritten law over centuries.

The Supreme Court’s verdict is, in some ways, on lines of the ideals of BR Ambedkar.

The speech was meant for the 1936 annual conference of a Hindu reformist group Jat-Pat Todak Mandal, but it never got delivered as Ambedkar’s invitation was withdrawn due to the speech’s content.

SC has ruled that no one can be excluded from priesthood based on caste, birth or pedigree

He further stated, “It would be better if priesthood among Hindus was abolished. But as this seems to be impossible, the priesthood must at least cease to be hereditary. Every person who professes to be a Hindu must be eligible for being a priest. It should be provided by law that no Hindu shall be entitled to be a priest unless he has passed an examination prescribed by the state.”

A section of the Hindu society has always defended this practice in the name of tradition.

As Dalit intellectual Kanwal Bharti puts it; “the caste system is a reality in Hinduism. The religion has not opened its temples to lower castes till date. Breaking the fiefdom of a particular caste over priesthood is a far cry under such circumstances.”

According to him, “Priesthood should remain in the hands of Brahmins as it is the custom since time immemorial.”

“Who will perform ‘shudhi’ (purification rituals) at the hands of a Dalit?” he asks.

Swami Deepankar maintains that everybody has a right to worship but only Brahmins can become priests.

“There is no other profession left for Brahmins. What will they do, if you take away this right from them? They will have to rise in protest,” he retorts.

Temples still out of bounds for lower castes

Two months ago, a 90-years old Dalit was first hacked by an axe and then put to fire in Hamirpur in Uttar Pradesh. He was trying to enter a temple with his family.

In the same month, Bahujan Samaj Party hit the streets of Dehradun, protesting against ban on the entry of Dalits at a temple at Gobla village.

In November, there were reports of a Dalit being prohibited from entering a temple in Dutragaon in Karnataka.

Even Congress leaders like Rahul Gandhi, Kumari Selja and Tarun Gogoi have claimed they were mistreated at temples.

Selja, who is a Dalit, complained in Parliament that she was asked about her caste at the gates of Gujarat’s Dwarka Temple. Her statement caused a furore in the Rajya Sabha.

VHP leader Surinder Jain feels these incidents are mere aberrations. He alleges the Congress leaders are lying to the nation.

Ironically, these controversies have erupted at a time when the country was commemorating Ambedkar and the Constitution.

Jain claims his organisation has helped many deserving candidates of the backward castes become priests.

“The Supreme Court decision sounds contrary to traditions, but it is not so. It has only validated religious traditions. The verdict recognises ‘Agama Shashtra’ (or ancient Hindu rituals) in this case. Therefore, nothing will change on the ground,” says Jain.

Many temples in the country allow only Brahmins of a certain lineage to become priests. For instance, the priest of Tirupati temple have to belong to a specific sub-caste of Brahmins.

According to Ambedkar, priesthood is the only profession where no proficiency is required
When asked about this discrimination, Jain replies, “The Constitution gives recognition to religious traditions. Even the Supreme Court acknowledges this fact.”

Kanwal Bharti agrees that VHP has enabled many non-Brahmins to become priests. According to him, only those who surrendered to the dogmas of Sanatani traditions were extended this favor. Bharti reminds how Brahmins had bitterly opposed Swami Vivekananda when he talked about reforms in Hinduism.

Constitutional expert Subhash Kashyap refused to comment on the judgment apprehending the possibility of politics over the matter.

But the question is, will this judgment infringe upon personal laws of various religions? Bharti denies this possibility.

According to him, “Leaders of other religions remain silent, whenever such a judgment is passed. They know a common civil code will only harm their interests.”

Bharti, who is against Dalits worshipping in temples, says that the court has only only interpreted the matter in legal terms. Every religion is same before the law. But they all have their personal laws. There is a tacit agreement among all religious leaders over such verdicts.​
You must log in or register to reply here.
Similar threads
In Practice, How Does India’s Caste System Work In The 21st Century?
Caste diffrence kyu ?
If Indian States Were People In A Bar
Just paste this link in your address bar and see magic
Skeleton Bar: The Alien Universe - Switzerland
Share:
Facebook Twitter Pinterest WhatsApp Link
Top