Long gone are the days when Asian bridalwear was all about dressing in a traditional red sari accompanied by a groom dressed in a suit from the high street. The Asiana Bridal Catwalk which took place on Sunday 30th November 2014 was the first-time high-end Asian bridal couture has been showcased in Birmingham and with many of the designers hailing from the West Midlands, it was a chance to showcase the world-class talents of some of the biggest names in the industry including Sati Takhar, Ahsan’s and Khushboo’s By Chand.​ 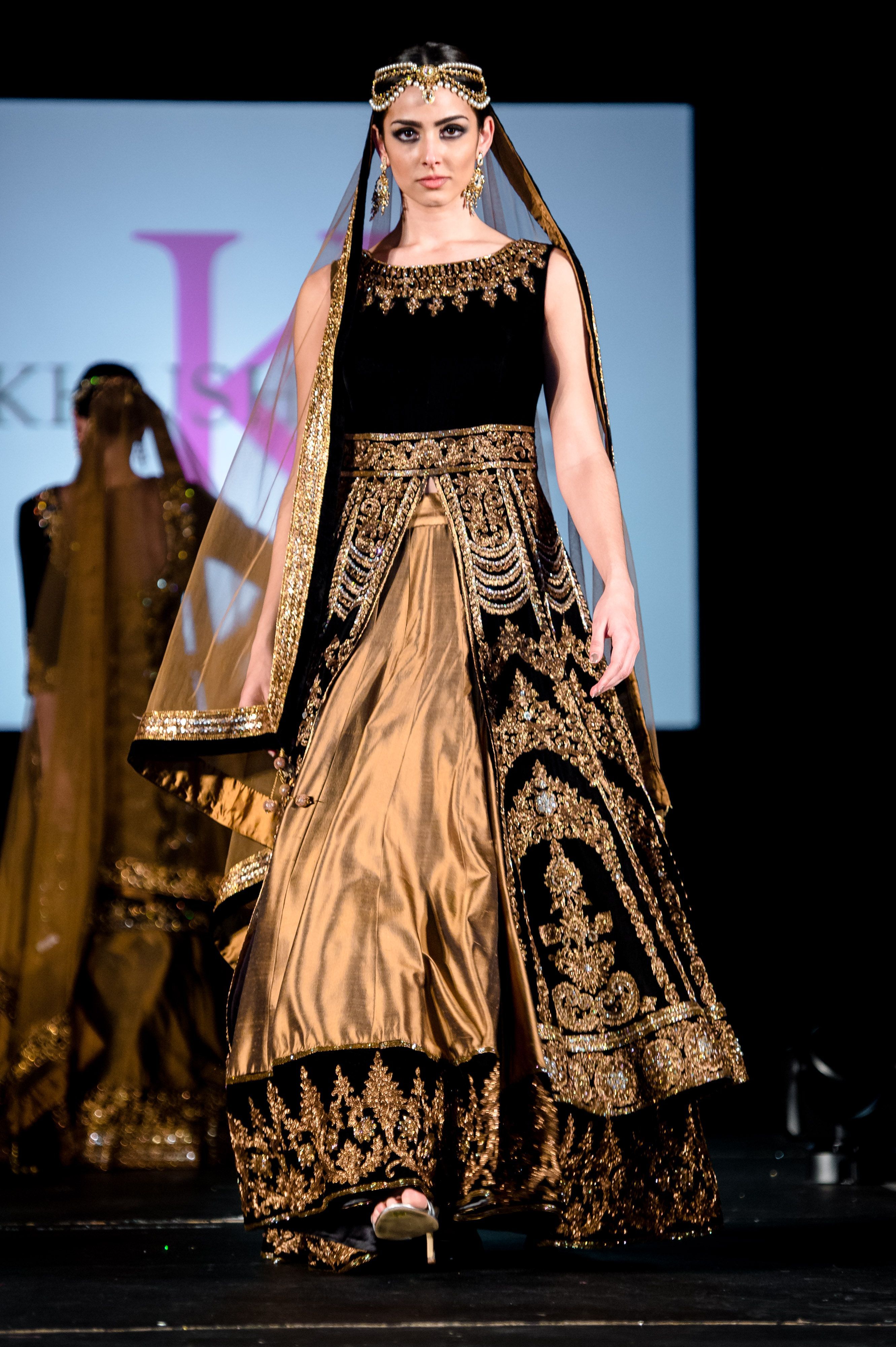 
One of the biggest trends spotted for 2015 was black. Although a colour not usually associated with the bold, bright hues that Asian weddings are known for, designers took a new approach to creating refined and regal ensembles where black and gold stole the show. Designer Chand from label Khushboo’s By Chand explains his decision to highlight the darker side of fashion:​


‘Black is the colour of sophistication and elegance. We all know about the power of the Little Black Dress – I used that as my inspiration to create a bridal collection where it’s the details that matter, not the colour. Embellishment plays a key role in Asian fashion and by ensuring the colours don’t distract, the craftsmanship gets the attention it deserves.’​ 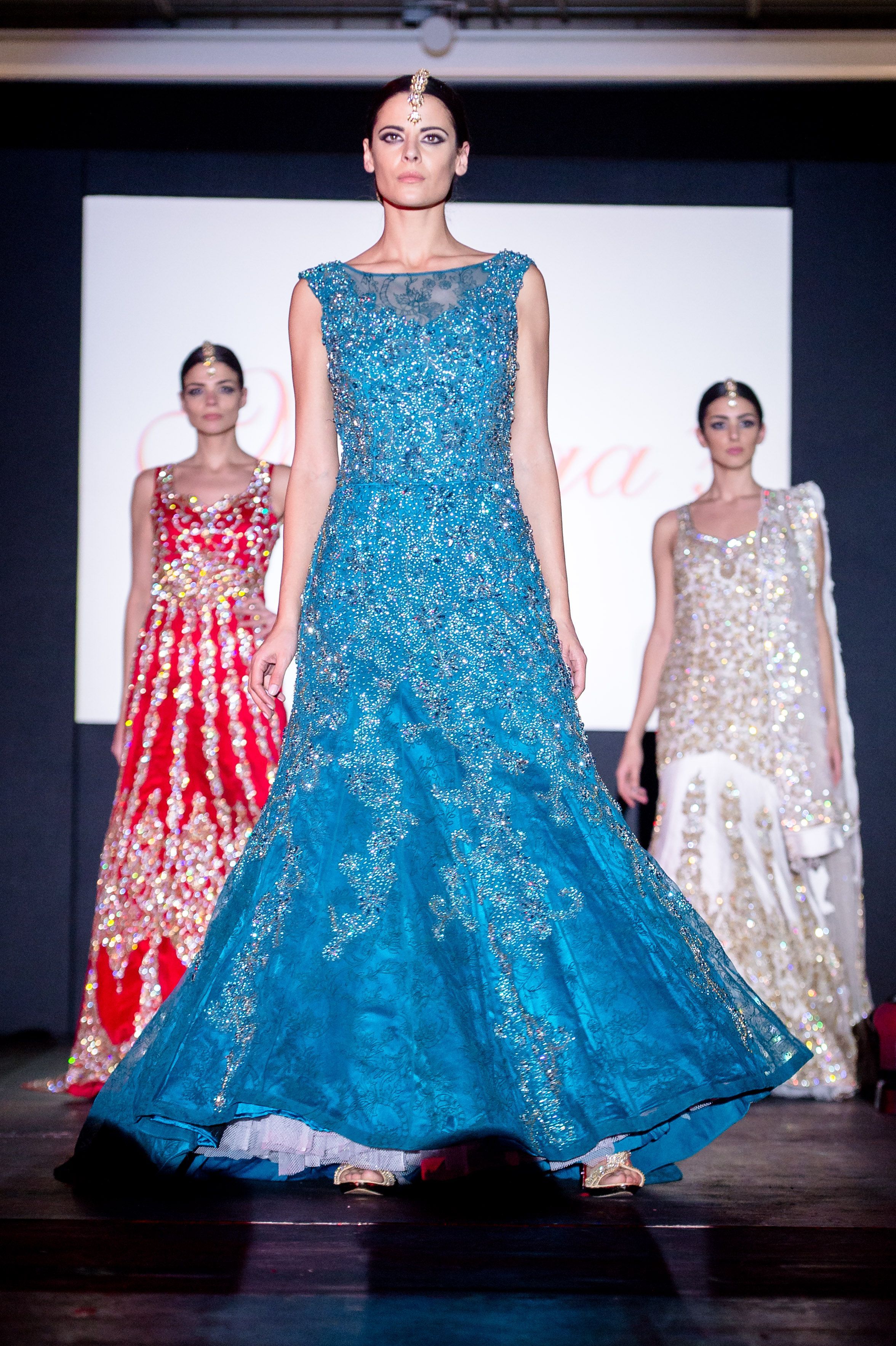 On the alternative end of the scale couturist Sati Takhar sashayed his all-white creations on the catwalk; a first for Asian bridalwear. Although white is a popular choice for civil ceremonies, Sati’s designs showed that ‘white is alright’ for every aspect of your wedding; especially if you want to make a statement – his standout piece was a faux fur lined sari. He explains: ‘Faux fur isn’t something usually associated with weddings yet it adds a touch of glamour and luxury; two essential elements for brides so I incorporated fur, it’s my interpretation of how eastern fashion can blend with western fabrics : it’s fusionwear but not as you know it.’​


Other trends for 2015 seen on the catwalk included sarees teamed with Western style blouses by new brand Avaaya and contemporary Pakistani weddingwear for brides and grooms by RDC London.​ 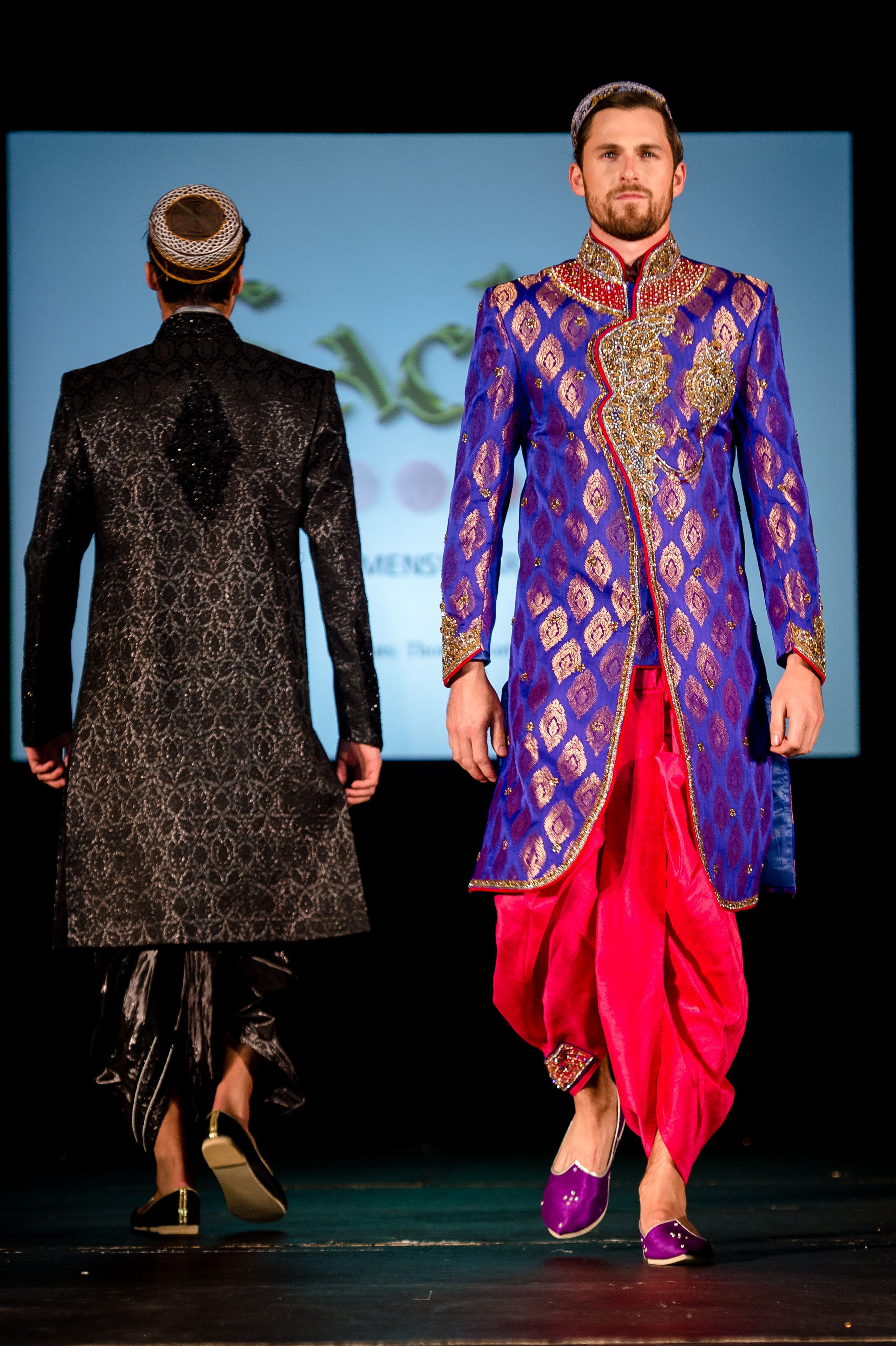 While fashion plays a major role in Asian weddings, it’s beauty that adds the finishing touches. Nina Ubhi Hair & Beauty Institute showcased the latest beauty trends on the catwalk; again proving that less is more. Nina reveals: ‘Many years ago Asian brides were caked up in foundation and it became the norm to have a face as heavy as your outfit – today it’s all about looking fresh and flawless.’​


The wedding industry is the second largest Asian industry in the UK annually worth an estimated £300 million. A large proportion on that goes on fashion: outfits for the bride typically cost £3k while for the groom, trend-setting sherwanis retail for upwards of £1k.​


Creative Director of the Bridal Catwalk, Anisha Vasani explains why will continue to be an important element of Asian weddings: ‘Gone are the days when brides wore red and their grooms turned up in a suit from the high street; these days every couple wants to make a glamorous statement. 14 of the UK’s best designers unveiled their new collections for 2015 at The Asiana Bridal Show and once again they proved that Asian designers in the UK are among some of the best in the world.’​