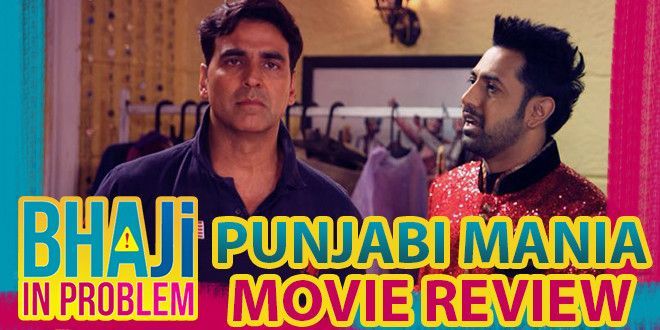 Synopsis: Sundeep Cheema (Ghuggi) is married to two women. Keeping them ignorant of one another’s existence has been something of a challenge. But he’s somehow managed it successfully! Until Jeeta (Gippy) enters in his life. Jeeta promptly falls for the lovely Preet (Ragini) who happens to be Sandeep’s sister. Sundeep is strongly opposed to this love match, because he knows all about Jeeta’s notorious past. Unfortunately, Jeeta also knows about Sundeep’s double life! So begins a hilarious battle of wits.
Bhaji In Problem has a lot of weight in the form of expectations from the Industry as well as Public. People have been asking me of weather this film could surpass Jatt & Juliet 2, well time will tell that. But for now, talking about Bhaji In Problem, it’s a film which has it’s own merits and stands tall on those merits.
Director Smeep Kang, who made his producers laugh all the way to the banks with Carry On Jatta is back again with another film of a similar genre. These films usually tend to be low on storyline but the dialogues for such films make up for the story and similar thing is there in BIP. Story by the Director himself is something, which is unexciting and unrealistic.
However, it’s the Screenplay and the Dialogues of the film, which do the trick. Smeep Kang seems to have done a fine job at the Screenplay. He’s somehow been able to connect all the events together at the end. Although Akshay’s sequence seemed like a forceful insertion and so were a few other songs. Dialogues by Gurpreet Ghuggi and Naresh Kathooria were first grade.
Smeep Kang as a Director has impressed with this film. He doesn’t commit many mistakes when it comes to Direction. In BIP, he has followed multiple styles of Direction. In some sequences towards the beginning and post interval, he’s made the film like a light-hearted comedy film where as he’s gone overboard and loud in other sequences. Overall, it’s a satisfactory job done by the Director.
Music is by 2 composers – Jatinder Shah & Surinder Rattan. The numbers are foot tapping and peppy. But frankly such music has no shelf life. It’s only alive till the film is in cinemas. Music of BIP has been a kind of a disappointment not meeting the expectations. Although it had names like Gippy Grewal, Jatinder Shah, Veet Baljit, etc.. Still Chad Gayi Hai & Ishq Zehreela were No. 1 & 2 in the album.
Coming to the performances, Gippy Grewal was in tremendous form. It was a pleasure to watch him act. He’s become strong and stronger with his each passing film. I won’t be surprised Gurpreet Ghuggi, as always was a treat to watch. He was top notch with his comic timing and expressions. His last release, Heer & Hero and this one have portrayed him in crunchy and somewhat lead roles.
Ragini Khanna was all right. Khushboo Grewal has really grown as an actor after Carry On Jatta. She is now getting into the mood of Punjabi Cinema and now deserves a lead role in Punjabi films. Veterans Om Puri & Avtar Gill were all right. Show stealer as always was B.N. Sharma. In this film, I felt that the director has done a lot of justice to his role and utilized him effectively. Karamjit Anmol & Nisha Bano were fine.
The film had a lot of come appearances. 3 of them were by big names – Akshay Kumar, Harbhajan Singh & Japji Khaira. They were all right in their performances. It was great to see Akshay Kumar acting in a Punjabi film. He was superb with his dialogue delivery in Punjabi. Also it was Cricketer Harbhajan Singh seen in a cameo. Interestingly, last time he made a cameo in a film – Mujhse Shaadi Karogi, also featured Akshay Kumar in it.
Overall, Bhaji in Problem is a film which has it’s own merits and will stand tall on them. Music & Story could have been better than what they are. Also it has fine performances from all its actors. It was a treat to watch both the GG’s – Gippy Grewal & Gurpreet Ghuggi. It’s a watchable film this weekend!
Ratings: 3/5 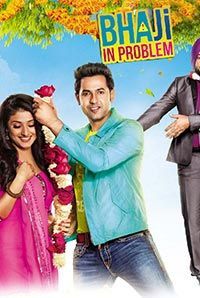 thanks for sharing the review 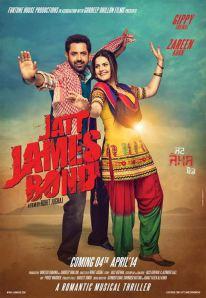 Mundeyan Ton Bach Ke Rahin Second Day Performance
Mundeyan Ton BachKe Rahin is the current Punjabi comedy movie of this month. The lead roles in the movie are being played by Roshan Prince and Jassi Gill. After successfully run Punjabi films Disco Singh & Jatt James Bond, the expectations from new Punjabi movies increases. As we know that previous Punjabi films have done a good and successful business so the audience is expecting much form this latest entertainer also. The movie is set to release on nearly 700 screens Worldwide. However, production budget of Mundeyan Ton Bachke Rahin is about Rs. 7 Crores (approx.) however, it is assumed that the manufacturing cost of the film may be recovered till first week or 2nd weekend. Moreover, Occupancy of the Punjabi movie is expected as 30-35% on screens/theaters. However, it will have to face much competition from other movie as mega budget Bollywood and Hollywood movies are also releasing these days. So the total business and performance of this Punjabi release is getting affected by other films quite a lot.

Mundeyan Ton Bach Ke Rahin Saturday Box Office Collection
The Overseas Collection of Mundeya Ton Bachke Rahin is not figure out yet but it is expected that movie can do good Business in Overseas International markets as we know that Punjabi movies have good fan following and viewers on international basis. 2nd day box office business done by Mundeya Ton Bach Ke Rahin stands at 0.85 Crores which is decent considering the cost of the film. Though it is doing good on box office but it have to face much competition from present Box Office running films as Heropanti and Kochadaiiyaan. Moreover, Manam 2014 Telugu movie collection is also expected as quite good. It is quite interesting to how much does this latest Punjabi film manages to earn in the coming days of the weekend.


Mundeyan Ton Bachke Rahin Friday Box Office Collection
The movie may give the audience enjoyment and fun and can also get a good scratch due to the coming weekend time. Today being the opening day for this flick, it has snatched decent collections from all over the Punjabi dominated areas and has stood up to 0.80 Crore by the end of today. After successfully run Punjabi films Disco Singh & Jatt James Bond, the expectations from new Punjabi movies increases. As, above mentioned both films had done good Business on Box Office. Moreover, last week released Romeo Ranjha also doing well on Box Office Window. Thus, it is assumed that Mundeyan Ton Bachke Rahin movie will also collect much money.

Punjab 1984 took an excellent opening across Punjab with collections in the 90-100% range. The collections were almost double of Ek Villian in all major cities of Punjab be it Jalandhar, Amritsar, Ludhiana or Chandigarh.

A few months back Disco Singh had taken a similar opening but the difference here is that crowds were bigger in the morning which has led to a better advance for the subsequent shows for the day. In terms of first day occupancy it will the biggest opening of the year for a Punjabi film.

The film should be the biggest opening film of 2014 with the only problem being that there is a big Hindi film release with Ek Villian and a big Hollywood film with Transformers - Age of Extinction which has made no difference to the initial but it does mean less shows at multiplexes compared to a Disco Singh which had Bhoothnath Returns for competition which did not affect the numer of shows Disco Sing got.

Punjab 1984 also opened very well in Delhi city, though most of the shows are after 12pm. The early show at Cinemax Delhi opened to near house full collections.​

Punjab 1984 had an excellent first day as it collected a little over 1 crore nett in East Punjab to become the second highest opening Punjabi film ever. The rest of India added 15 lakhs nett approx for 1.15 crore nett plus all India total.

The film was held back a little as it had to share shows at premium multiplexes with Ek Villian and Transformers which meant collections of the PVR multiplexes in the circuit were not as high as they could have been.

Still its a huge figure for the film and more importantly is the only non comedy to feature amongst the biggest openings which is important for the growth of the industry. The film grossed a bumper 20 lakhs nett in Ludhiana on day one as against the 13.50 lakh nett of Ek Villian which itself was a huge total

The top four openings all belong to the same actor/director combination of Diljit Dosanjh and Anurag Singh and this is something that has probably never happened in any Indian film industry. In the Hindi film industry there are a few occasions where a male superstar has the top four or five biggest openings and that is going back to the 1960's 1970's and 1980's but never has an actor/director combo dominated in such a way. Below are the top ten opening days for Punjabi films in East Punjab.