Beauty of the Indian Monsoons 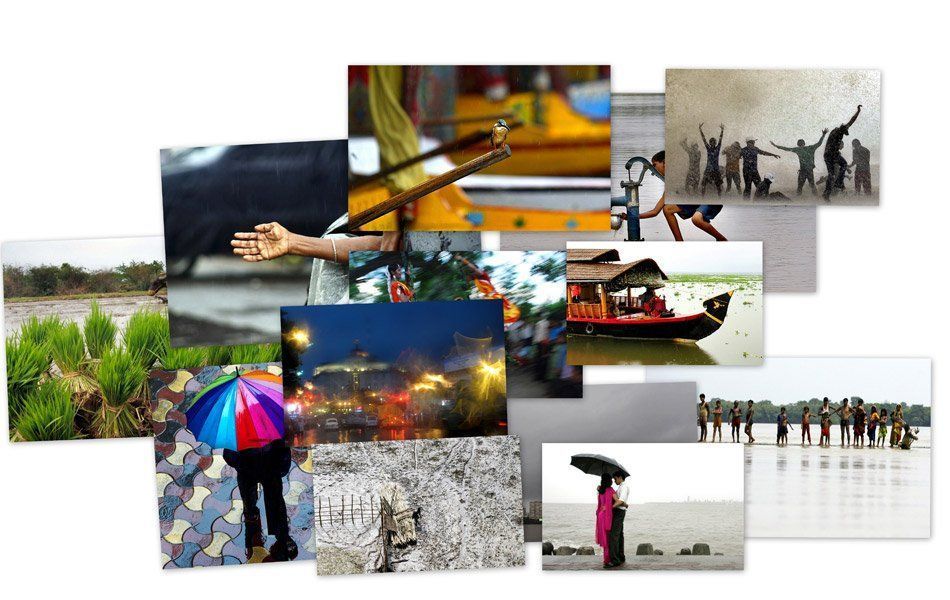 India in the monsoons is a rhapsody, a riot, a river swollen with a thousand dreams. The whole country celebrates when the monsoons arrive; farmers, businessmen, politicians and children cheer the downpour.

The rains mean that the country will be able to grow the crops needed to feed its population, politicians can be assured of another term in office, film-makers can be inspired, artists can use the rains as their muse, children can slosh around the rain puddles and lovers can use it as their aphrodisiac. 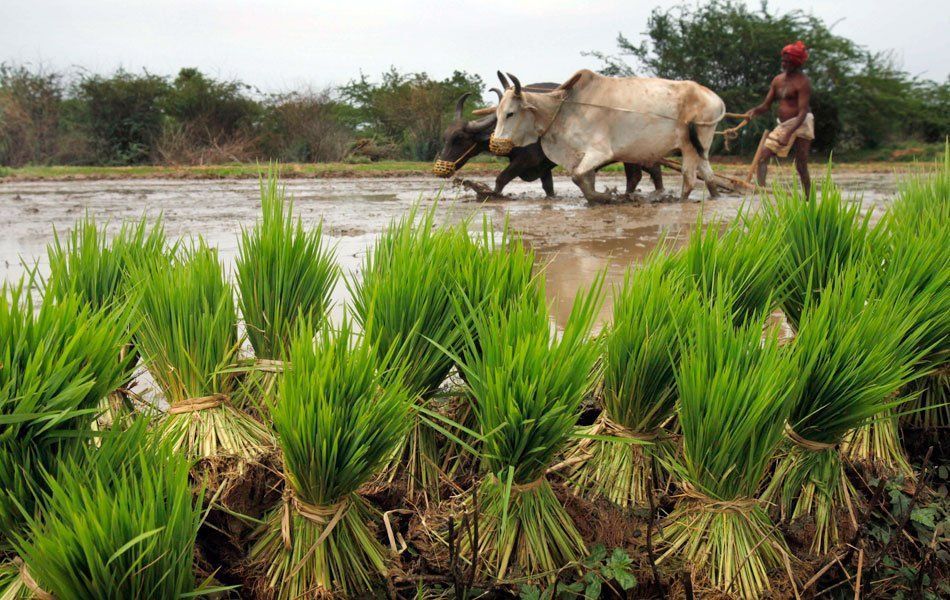 
Agriculture and monsoons: The two are inextricably linked with rain-fed agriculture accounting for upwards of 60 per cent of net sown area. To feed its teeming millions, the monsoons have to be normal, and on time for India’s two main seasons: kharif and rabi. Luckily this year, the monsoon is above normal. Farmers will be pleased and so will the Indian government, whose fortunes are intertwined with the normalcy of the monsoons. 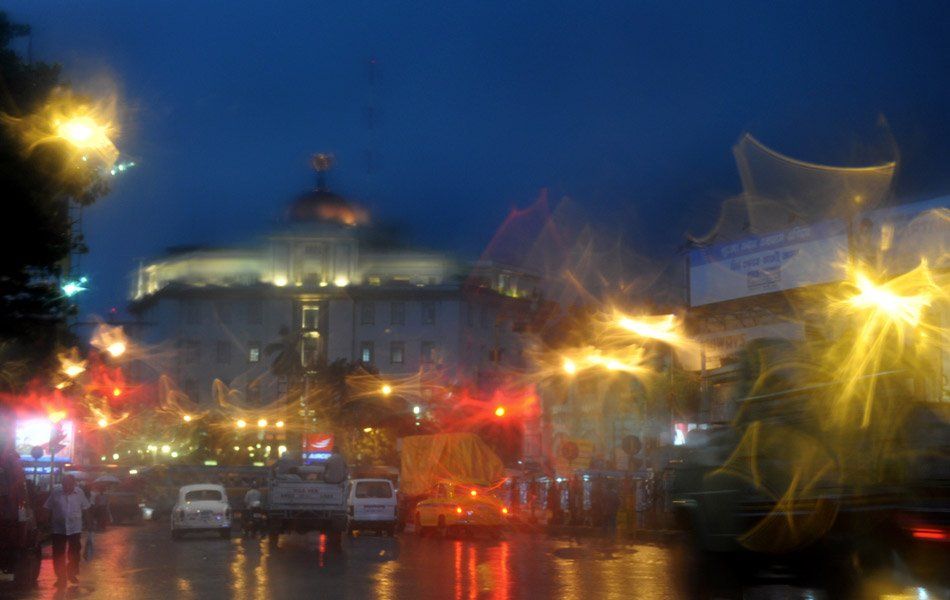 
The monsoon economy: India may have been growing at a clip of 8-9 per cent in the past decade, but its economy and GDP growth is closely linked to a regular monsoon. Citigroup, for example, forecasted that it expects India's economy to grow by 8.1 percent in 2011-12, but a failure of monsoons, it said, could result in the growth rate drop down to 7.6 per cent. The other big worry- inflation- hopefully the good news of better than normal monsoons, will result is easing the pressure in food-led inflation that is currently hovering at 9.01 per cent. 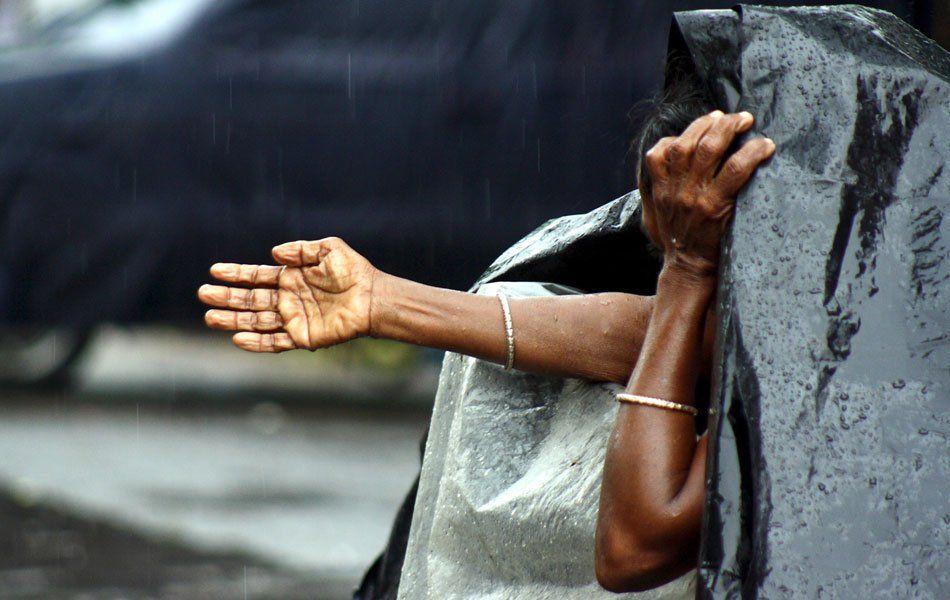 
The monsoons can be especially harsh to the homeless; exposed to the relentless rains, with no shelter, they must make do with discarded rags for protection.Here, a beggar shields herself from the rain with a plastic sheet and begs beside a busy road in Calcutta, India, Tuesday, July 7, 2009. 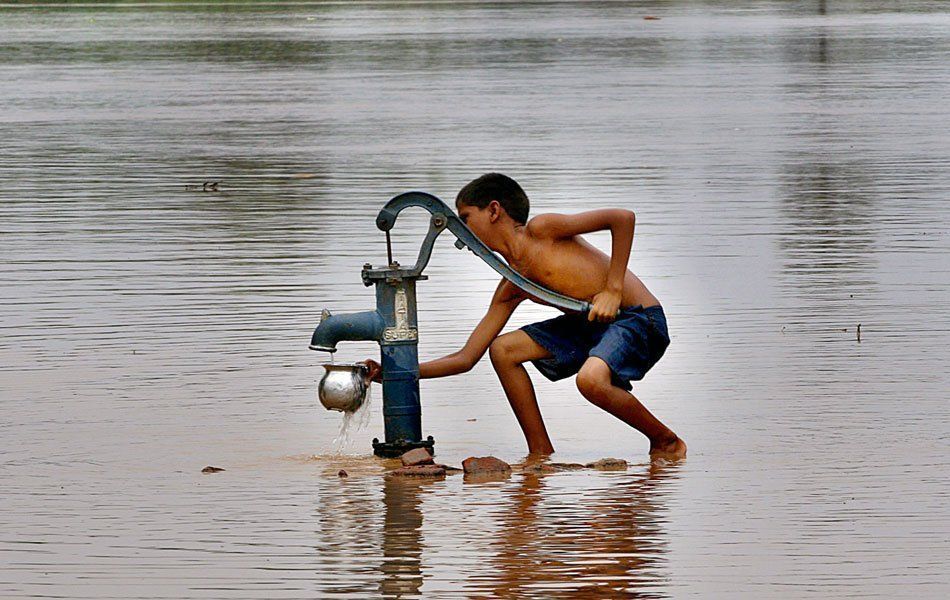 
Water resources: India has a huge dependence on the monsoons for its fresh water supply. The monsoons play a significant role in the delivery of fresh water throughout the country. While the rivers in the north like the Ganges and Yamuna are snow-fed and are dependent on the Himalayas, the southern rivers of India are mostly rain-fed, depending primarily on the monsoons for water supply. The coastal rivers of Western India are also rain-fed and monsoon dependent. 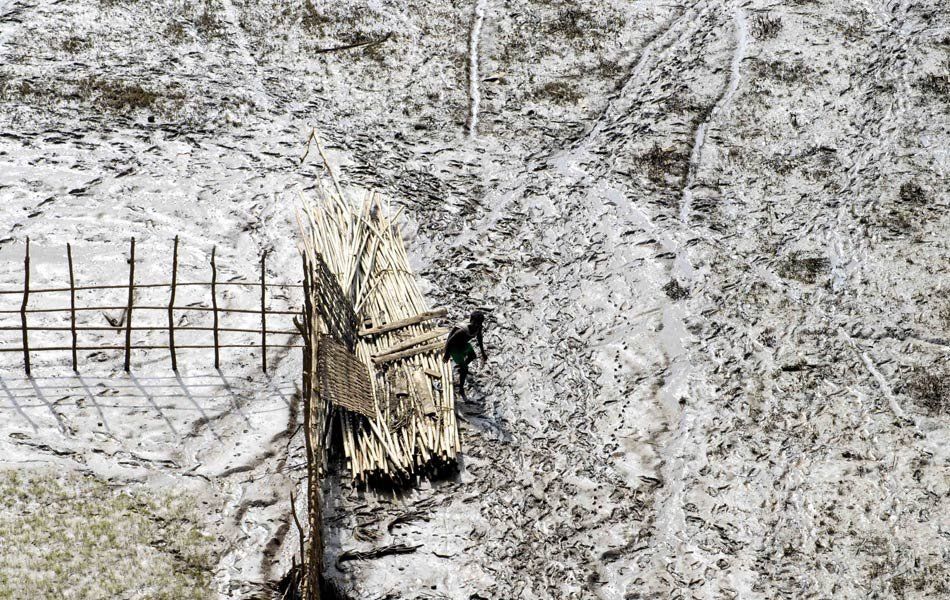 
In the 2006 floods in Andhra Pradesh, a man searches for relief packages dropped by the IAF, as he stands beside the remains of his hut demolished by the rains. The floods forced nearly 650,000 people from their homes. 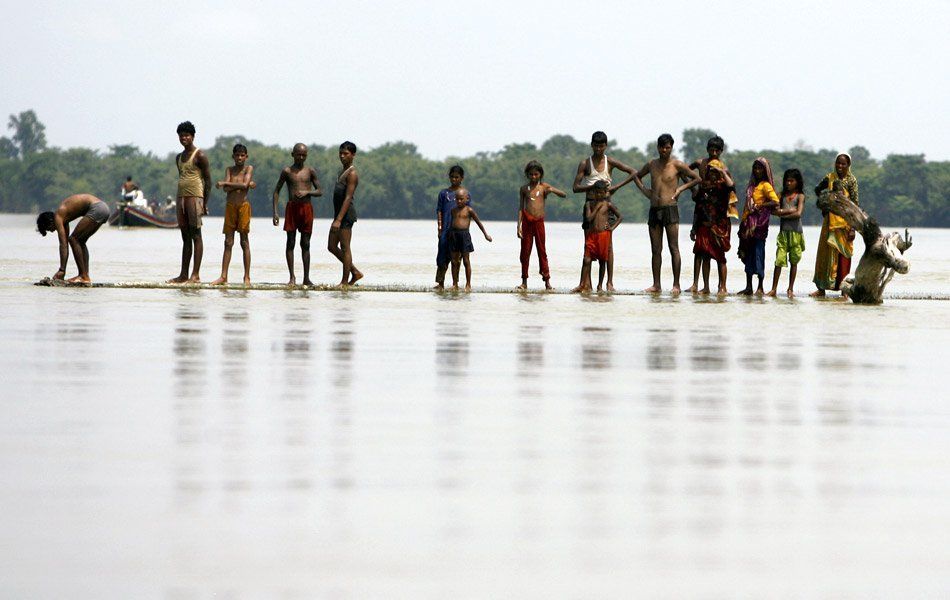 
Monsoons and flooding: While one hand the whole of India eagerly awaits the monsoons, it also wreaks havoc, almost every year due to flooding. In 2010, the Brahmaputra unleashed hell and displaced 50,000 people in the North-East. In 2008, it was even worse, the flooding of the Kosi river affected a million people and destroyed close to 2,50,000 households. Flooding causes large-scale displacement, poverty, child trafficking- not to mention- damage to homes, livestock and fodder. Not all floods are the fury of nature; some of them are the result of poor planning and execution. 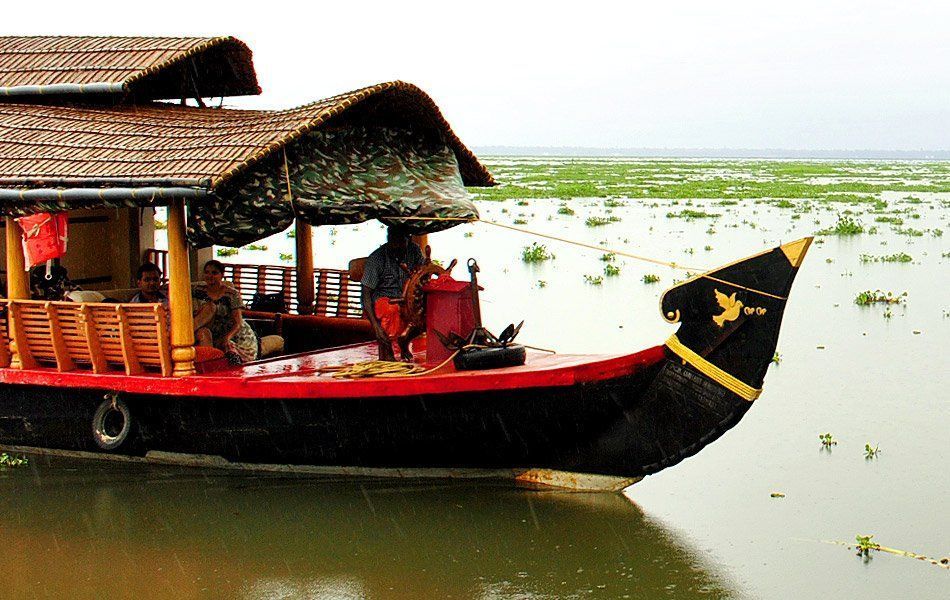 
Monsoons and holidaying: While some might frown at the idea of a holiday when its raining there are others who wait for this time of the year to book their holidays. Monsoon holidays are especially popular with those who want avoid the holiday crowd; and honeymooners. Tour operators offer a variety of packages even for the most well heeled traveler. Popular destinations include Goa, Munnar, Leh, Kashmir and Karwar. 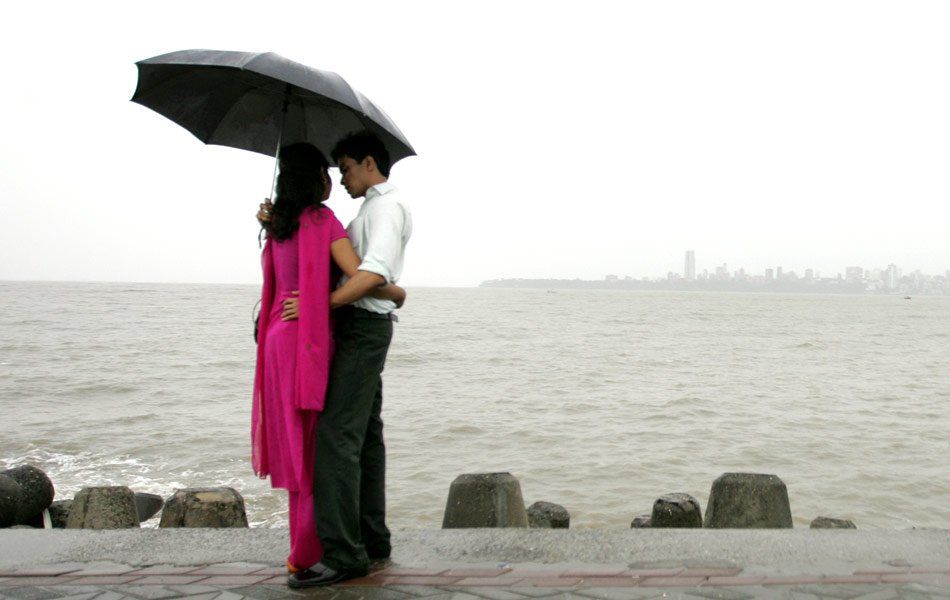 
Mumbai: an Indian couple gets intimate during a rain shower. 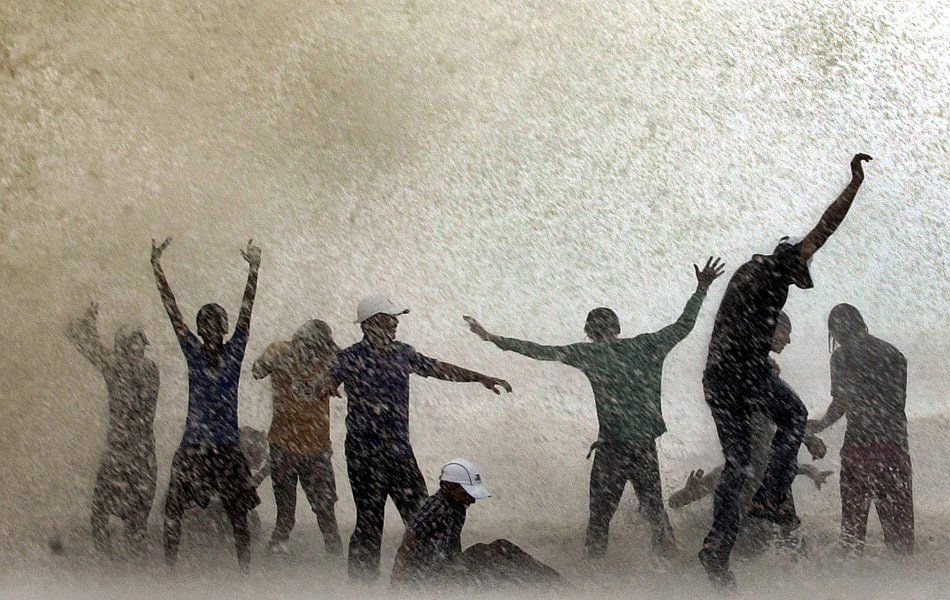 
The downpour cannot dampen the spirit of these children who dance among the waves that lash the seafront in Mumbai. 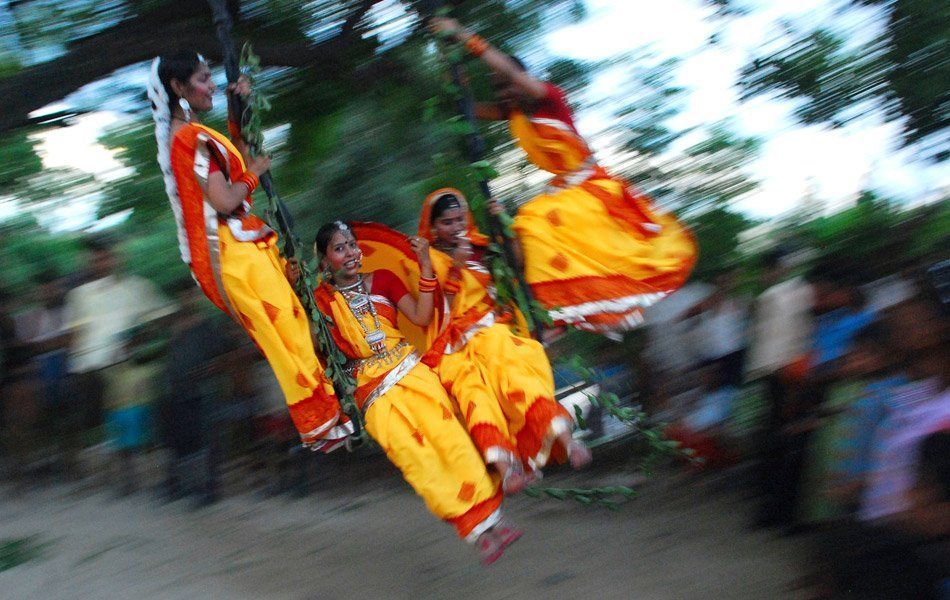 
Monsoons and festivals: Monsoons in India are between June and September and there are plenty of festivals that coincide with the season. These festivals are spread across the country. There’s Teej in Rajasthan that welcomes the monsoon, Dussehra in Mysore that is celebrates the culmination of Navratris (nine nights), Rongali Bihu - harvest festival of Assam and the Ganesh festival, which is celebrated across India (but best experienced in Mumbai). 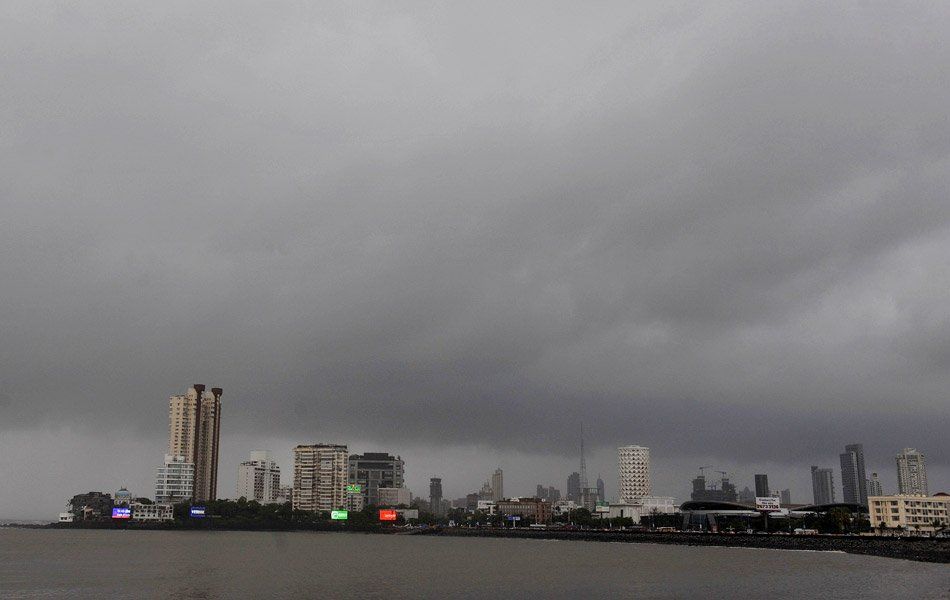 Monsoons and Indian cities: Some Indian cities and the monsoons are closely linked; Mumbai and Cherrapunji comes to mind. Mumbai’s rains are famous, both for the happy memories they evoke and the sadness it brings because of how the flooding brings the city to a standstill. Cherrapunji, once the world’s wettest city, has an annual rainfall of 11,777 millimetres. 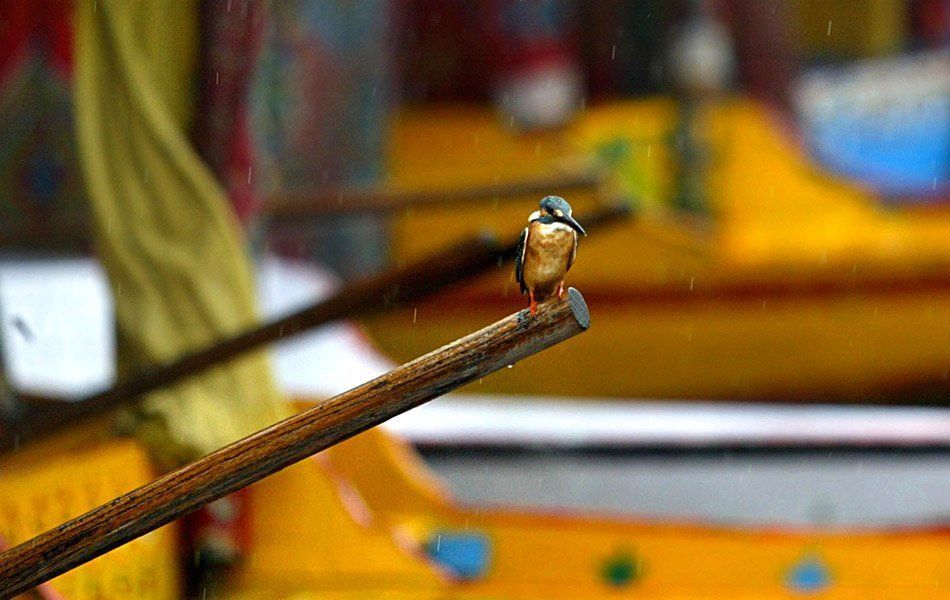 
Monsoons and the flora/fauna ecosystem: India is one of the world’s most bio-diverse regions and is home to about 500 species of mammals, 200 plus species of birds and about 30,000 species of insects. It is also home to a wide range of birds, reptiles, fish and amphibians. But this rich ecosystem is dependent on the monsoons to survive. Any failure in the monsoons puts tremendous pressure on their survival. 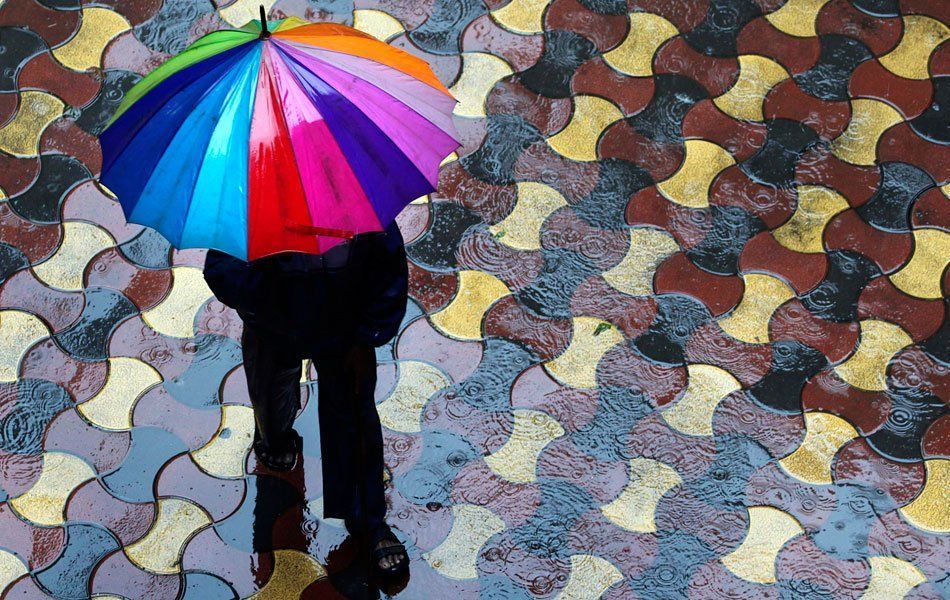 
The season for umbrellas, cities are flooded with them, in all colours and sizes.A man uses his colorful umbrella to hold off the rain, as he crosses the pavement in Mumbai.