Ayodhya case: Down the years 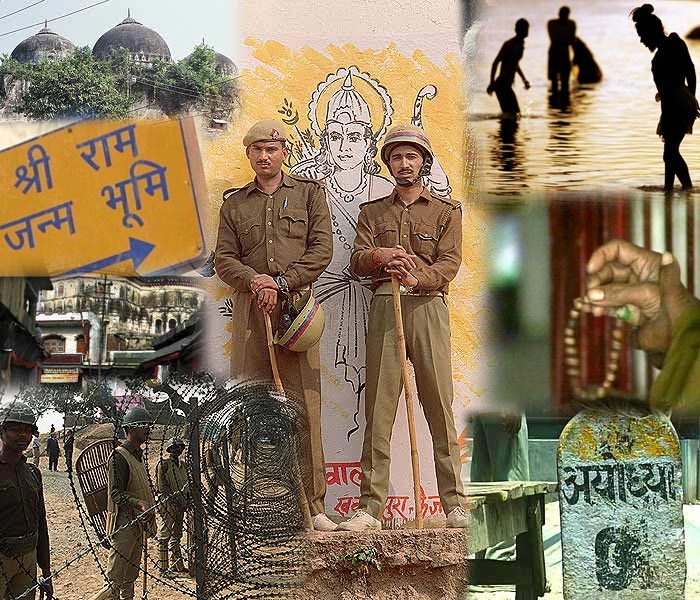 The disputed Ramjanmbhoomi-Babri mosque site has been contentious for over a hundred years now.

The property dispute, or the title suit, went to court in 1949, soon after the idols of Ram and Sita were placed there. Today, the Supreme Court will decide whether the Lucknow Bench of the Allahabad High Court should pronounce verdict in the 60-year-old case just yet.

The High Court bench is to decide who the land belongs to and what stood here first, a temple or a mosque. One side in the legal battle claims that this has been a mosque for 400 years. The other side says an ancient temple was demolished to build that mosque. They say this is the birthplace of Lord Ram. 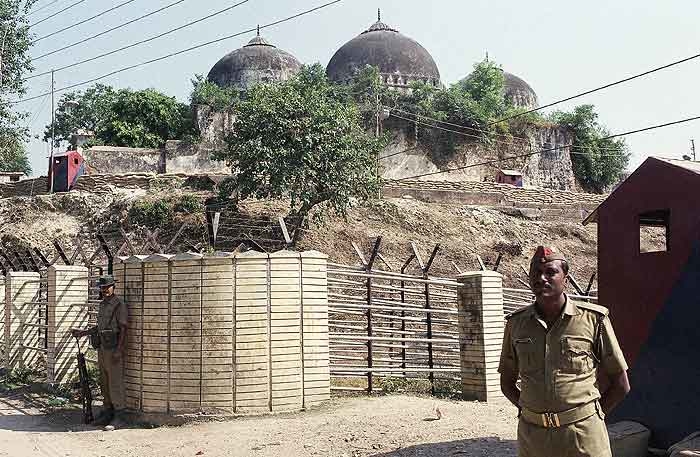 1528: The Babri Masjid was built in Ayodhya in 1528. Hindu groups claim it was built after demolishing a temple.

1853: The first recorded communal clashes over the site date back to this year. 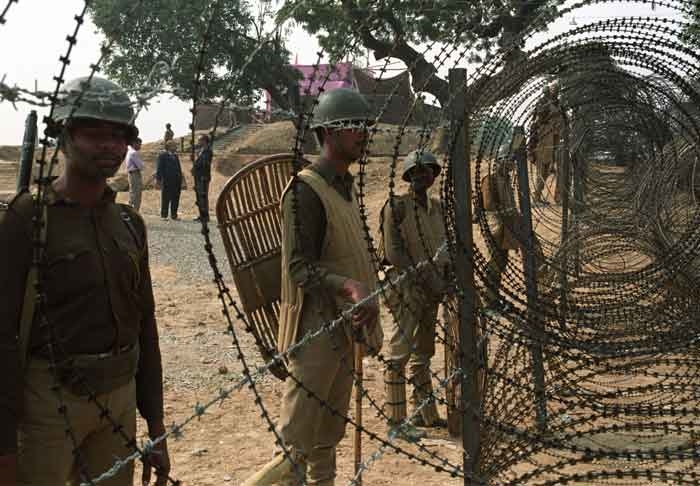 1859: The colonial British administration put a fence around the site, denominating separate areas of worship for Hindus and Muslims. And that is the way it stood for about 90 years.

1949: In December of that year, idols were put inside the mosque. Both sides to the dispute filed civil suits. The government locked the gates, saying the matter was sub-judice and declared the area “disputed”. 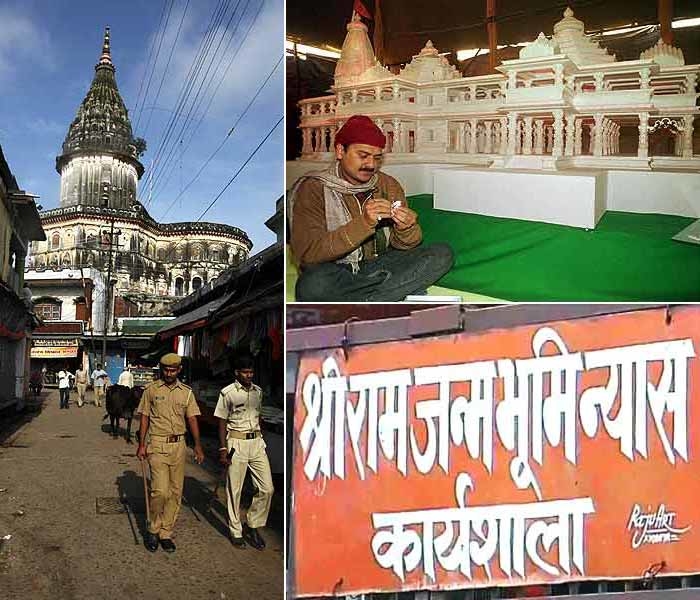 1984: The movement to build a temple at the site, which Hindus claimed was the birthplace of Lord Ram, gathered momentum when Hindu groups formed a committee to spearhead the construction of a temple at the Ramjanmabhoomi site.

1986: A district judge ordered the gates of the mosque to be opened after almost five decades and allowed Hindus to worship inside the “disputed structure.” 1986: A Babri Mosque Action Committee was formed as Muslims protested the move to allow Hindu prayers at the site. 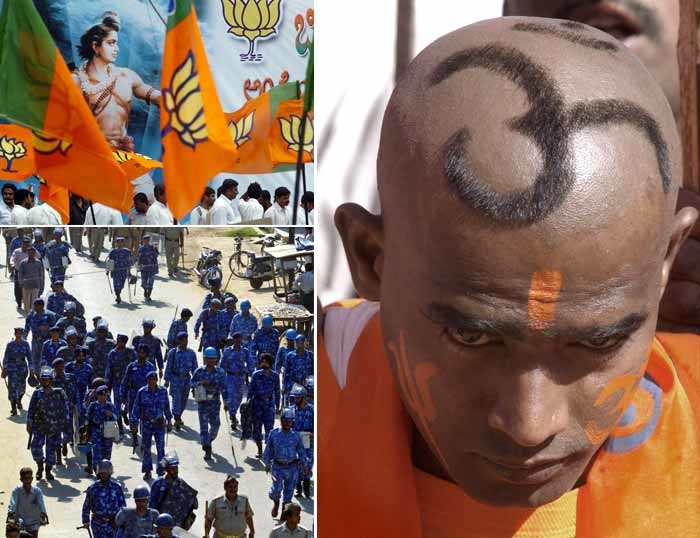 1989: The clamour for building a Ram temple was growing. Fronted by organizations like the Vishwa Hindu Parishad, foundations of a temple were laid on land adjacent to the "disputed structure."

1990: The then BJP president Lal Krishna Advani took out a cross-country rathyatra to garner support for the move to build a Ram temple at the site. VHP volunteers partially damaged the Babri mosque. Prime Minister Chandrashekhar intervened and tried to negotiate with the various groups. But talks failed. 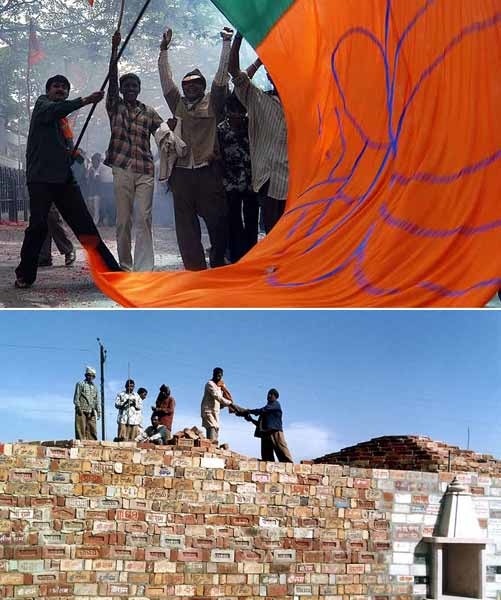 1991: Riding high on the success of Advani's rathyatra, the BJP became India's primary opposition party in Parliament and came to power in Uttar Pradesh.

1991: The movement for building a temple gathered further momentum with Karsevaks or Hindu volunteers pouring into Ayodhya. Bricks were sent from across India. 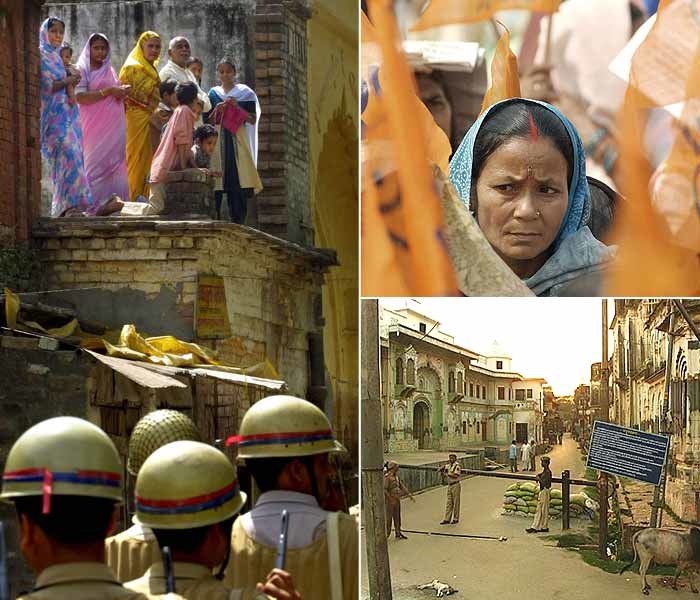 1992: On December 6, the Babri mosque was demolished by Karsevaks. Communal riots across India followed.

1992: On December 16, ten days after the demolition, the Congress government at the Centre, headed by PV Narasimha Rao, set up a commission of inquiry under Justice Liberhan. 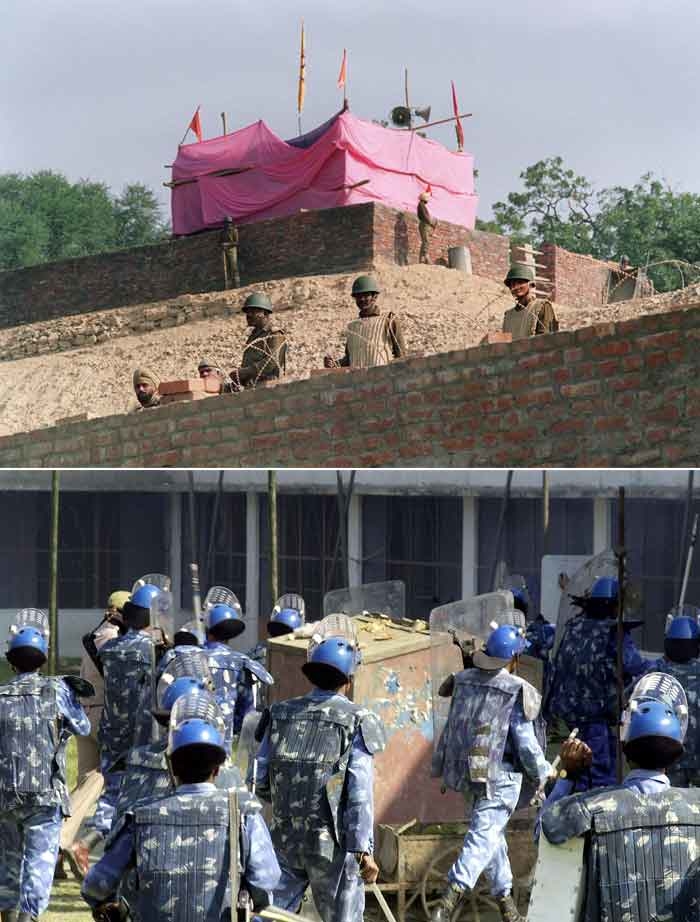 1993: Three months after being constituted, the Liberhan Commission began investigations into who and what led to the demolition of the Barbri mosque.

2001: Tensions rose on the anniversary of the demolition of the mosque as the VHP reaffirmed its resolve to build a temple at the site. 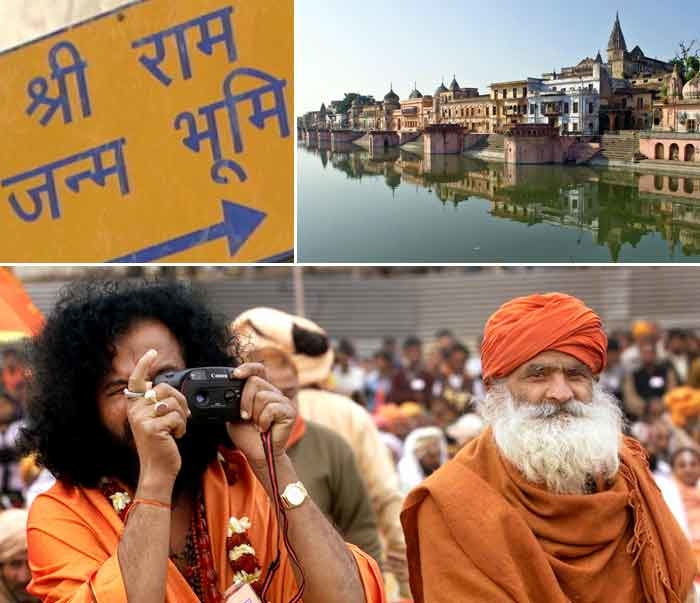 2002: Early that year, as Uttar Pradesh headed for Assembly elections, the BJP did not commit itself to the construction of a Ram temple in Ayodhya in its election manifesto.

The VHP, however, remains adamant and set March 15 of that year as the deadline for construction to begin. Hundreds of volunteers start converging on the site.

2002: On February 27, at least 58 people were killed in Godhra, Gujarat, in an attack on a train believed to be carrying Hindu volunteers from Ayodhya. Riots followed in the state and over 1000 people were reported to have died in these. 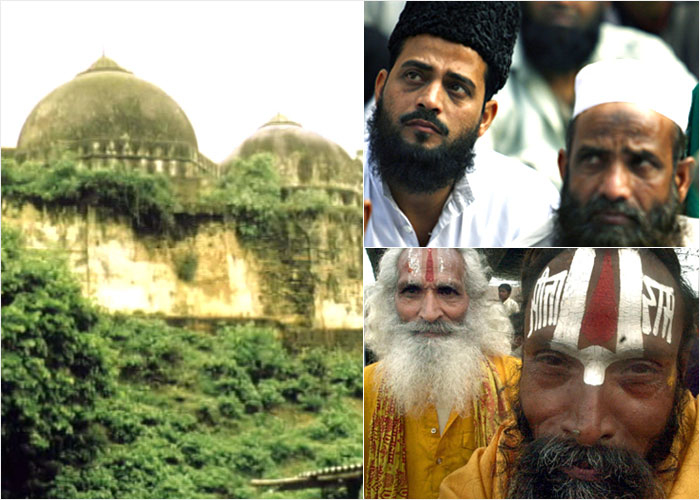 2002: In April that year, a 3-judge Lucknow bench of the Allahabad High Court began hearings on determining who owned the site.

2003: The court ordered a survey to find out whether a temple to Lord Ram existed on the site. In August, the survey presented evidence of a temple under the mosque. But Muslim groups disputed the findings.

2003: In September, a court ruled that seven Hindu leaders, including some prominent BJP leaders, should stand trial for inciting the destruction of the Babri Mosque. But no charges were brought against Lal Krishna Advani, by now the Deputy Prime Minister. 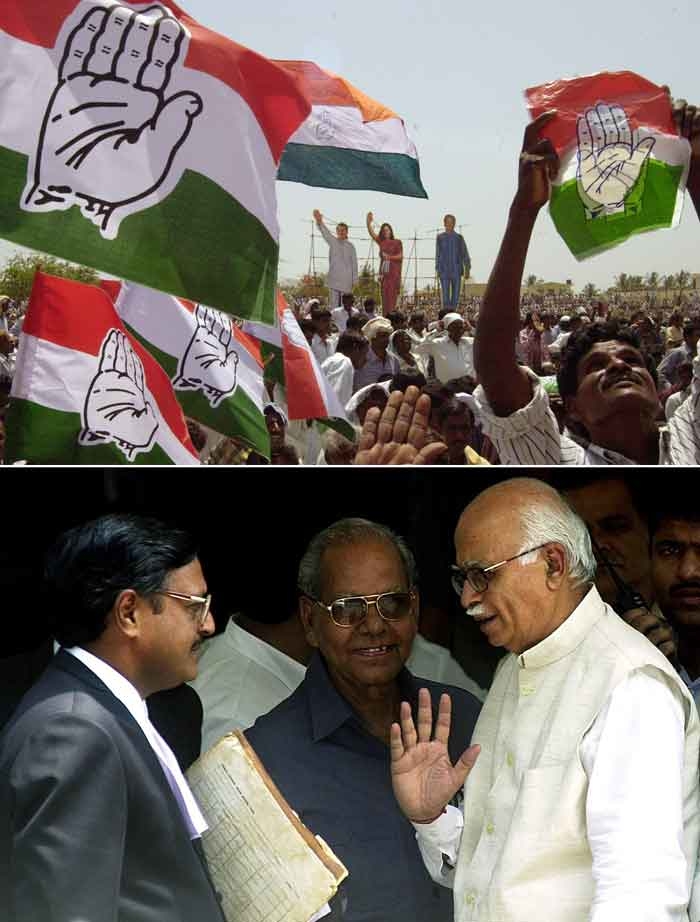 2004: A Congress-led government returned to power at the Centre, after the general elections threw up what many saw as a surprise result.

2004: In November, an Uttar Pradesh court ruled that an earlier order which exonerated LK Advani for his role in the destruction of the mosque should be reviewed. 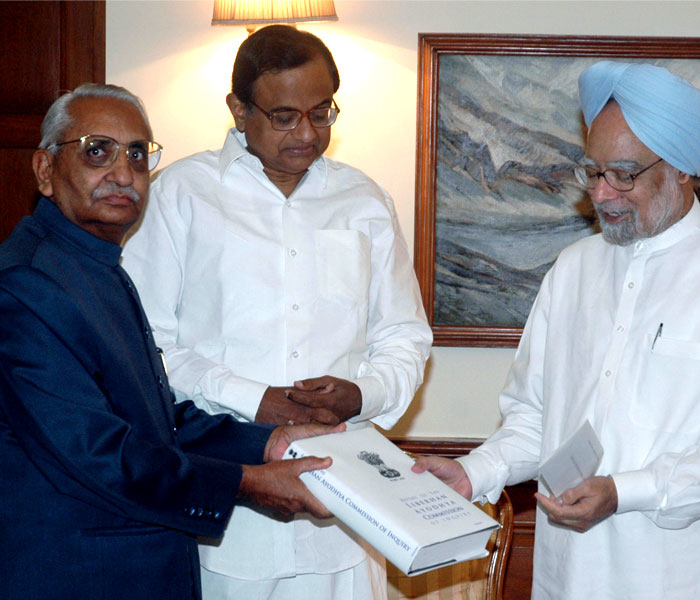 2007: The Supreme Court refused to admit a review petition on the Ayodhya dispute.

2009: The Liberhan Commission, which was instituted ten days after the demolition of the Barbri mosque in 1992, submitted its report on June 30 - almost 17 years after it began its inquiry. Its contents were not made public. 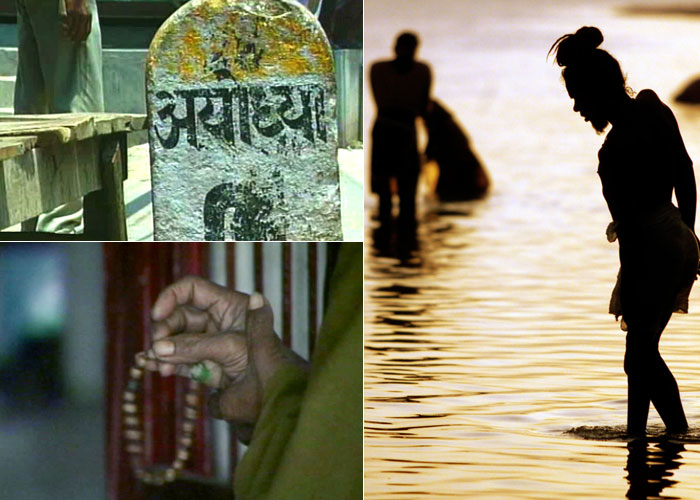 2010: The High Court bench in Lucknow hearing the title suit case, said it would pronounce verdict on September 24, Friday last. Days later , a plea to defer verdict on the Ram Janambhoomi-Babri Masjid title suit was rejected by the Allahabad High Court.

The petitioner, Ramesh Chandra Tripathi, then approached the Supreme Court, which stayed the High Court verdict on Friday. The two judges who heard the case differed, resulting in the Chief Justice stepping in.

2019: The Supreme Court of India on Saturday, while announcing its verdict on a disputed land where Hindu hard-liners demolished a 16th century mosque in 1992, ruled in favour of the Hindus and said that a temple will be constructed on the Ayodhya land.

The top court ordered the government to formulate a scheme within three months under the Ayodhya Act 1993 and set up a trust. Till the trust is formed, the ownership of the site will rest with the Centre.
Last edited by a moderator: Nov 9, 2019
You must log in or register to reply here.
Share:
Facebook Twitter Pinterest WhatsApp Link
Top