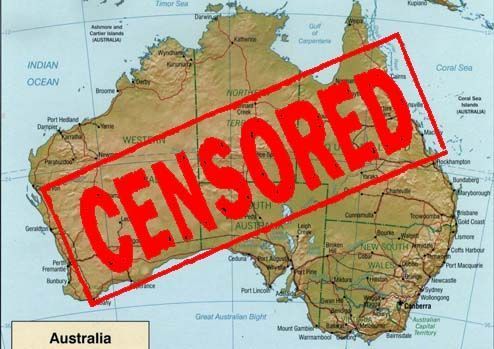 Starting July, a number of Aussie’s Internet service providers will start blocking customer access to over 500 sites. Meanwhile, industry observers complain of a lack of transparency of such practice, as well as inability for online services to appeal placement on the secret list.

Australian Communications Minister Stephen Conroy has been calling for a “voluntary obligatory” Internet censoring regime for a while now, but his plan has been delayed because the government has failed to implement a number of transparency and accountability measures it had promised would accompany the enforcement of ISP filtering.

The list of content to be censored includes child pornography, detailed instruction in crime or drug use, bestiality, incitement of a terrorist act, and extreme violence including rape. However, it is still unclear whether websites containing such material will originally be included on the list of services to block.

The critics also point out that the blacklisting scheme has no mechanism for websites to appeal their placement on the list, which sets a precedent that censoring is acceptable.
You must log in or register to reply here.
Similar threads
Australian Students Synthesise Main Ingredient Of AIDS Medicine In Lab For Under $20
Australian couple jailed for abusing daughter for 15 years
Australian fisherman stumped after spotting alien-like creature emerging from sea
11,000 humans, 100,000 bats: Australian town declares emergency
Indian-origin woman to be new Australian high commissioner to India
Share:
Facebook Twitter Pinterest WhatsApp Link
Top