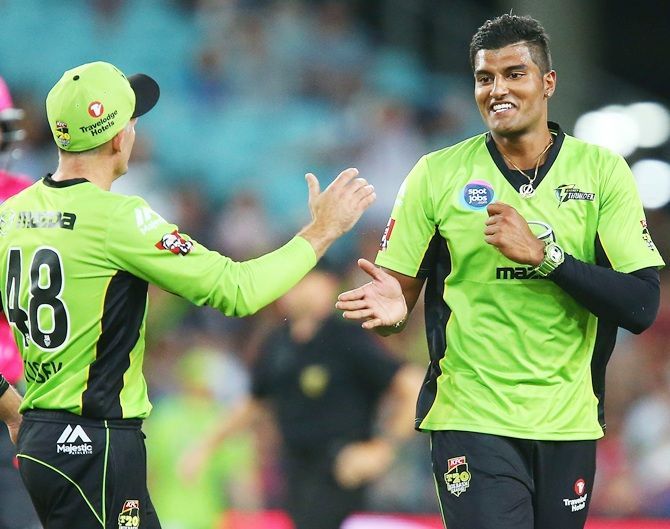 Ponting is impressed with the domestic form of Jason Behrendorff and Sandhu, while the triple World Cup winner believes that the 20-year-old Aston Agar could also be included as a specialist spinner.

"Jason Behrendorff from the Perth Scorchers has been a standout for me so far in the Big Bash and his domestic record is also good," Ponting told SEN's Summer Breakfast program.

The New South Wales-born Sandhu, whose parents hail from Punjab, has bagged 52 wickets in 29 List-A matches at an average of 24.36. Ponting opines that the 6 foot 3 inches-tall bowler is a good limited-over proposition.
And Gurinder Sandhu is the other one. I think he's a terrific short form bowler. He bowls well at the death in T20 games which is probably an area that Australia haven't really ever excelled in the limited-overs game," he said.

Ponting also feels that Agar, who made his Test debut at Trent Bridge last year, scoring a remarkable 98 batting at No 11 in world-record stand with Phillip Hughes, could provide Australia a dynamic spinning option.

"I would actually throw Ashton Agar's name in there as a bit of a smokey (an Australian slang for a horse whose form has been kept secret).

"I haven't talked much about this before but I was just looking and thinking about what they might do with a spinner for the World Cup, and we know that Agar's a very handy lower batsman and a good fielder as well. I think he's someone who could slot into a World Cup one-day side really nicely."

The 40-year-old Ponting, who retired from all forms of the game in December 2012, feels that young all-rounder Glenn Maxwell is another dynamic player in line for the 50-over showpiece event.

Australia have submitted a list of 30 probables to the ICC without disclosing the names in public and are expected to come up with the final-15 on or before January 7, 2015.
You must log in or register to reply here.
Similar threads