As Samsung battles demons, smartphone sale kicks off in India 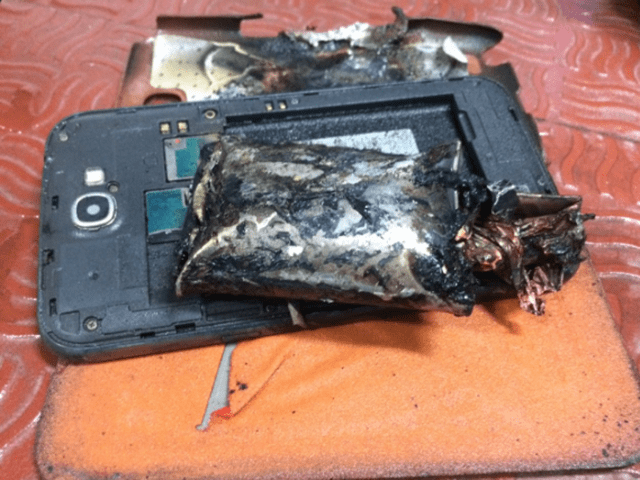 It’s that time of the year again. The festival season has kicked in, and like every year, smartphone makers are gearing up to lure customers with new offerings. This time, however, there’s a slight twist in the tale.

Exploding batteries in Note 7 followed by a global recall of 2.5 million devices and a nearly $14-billion loss in its market value in the last one month — troubles are increasing for Samsung, the world’s largest smartphone maker globally. The ripples are likely to be felt back home as well, especially considering that the company has close to 25% share of the domestic market.

In addition, a much cheaper Galaxy Note 2 also caught fire recently on a Singapore-Chennai IndiGo flight, though the actual reason for the fire is yet to be ascertained. The incident happened after the Directorate General of Civil Aviation (DGCA) along with foreign aviation regulators issued a notification, asking passengers on flights to keep their Note 7 phones off and not charge them.

The timing couldn’t have been worse for Samsung India. The festival season, which begins with Onam and ends with Diwali, contributes close to one-third of the sales of mobile phone makers, and though Samsung doesn’t sell the Note 7 in India yet (it is likely to be in stores in the first week of October according to reports), the loss of ‘reputation’ worldwide could hit the sales of its other high-end smartphones here as well.

For Apple and Android phone makers, such as HTC, LeEco, Xiaomi and Lenovo, which have already firmed up their product portfolios, this could be a more profitable Diwali.

“By the end of the crisis, on a global scale Samsung might lose around $30 billion… In India, too, it will take three to four quarters to stabilise, giving others an opportunity,” says Sanchit Vir Gogia, CEO and chief analyst of Greyhound Research.

Samsung did not reply to HT’s requests for comments.

LeEco, a Chinese smartphone brand, is already stocked-out. It sold 70,000 Le2 mobile phones on its Epic day sale on September 19. “We have strong plans in the weeks to come. We see users migrating from top brands to us… There will be consolidation,” says Atul Jain, chief operating officer of LeEco India. LeEco will grow its retail presence by 50% to 6,000 outlets before October.

Lenovo, which also owns Motorola, has launched seven phones in the last 45 days. It K5 Note is similar to the Samsung Note. It predecessor, the K3 Note, sold more than a million units since its launch in June last year.

Youngsters in India (half of them are below 25 years) change their phones every year on an average. The brand-conscious GenX may give Samsung a miss for some time now.

Indian firms, including Micromax, did not comment for the story.

“All premium phones will have a two-year warranty. We will offer pick-and-drop for after-sales service. For more affordable handsets, the warranty has been extended to 15 months, and if the screen breaks in three months, we will change it,” says P Sanjeev, head of sales at Huawei. The company has a dual-brand strategy — Honour for the lower end of the segment and Huawei for the premium phone buyer, making it the only brand other than Samsung to have a phone for every kind of pocket.

OnePlus is also bringing more phones to India for Diwali, though general manager Vikas Aggarwal does not see too much impact of the Samsung crisis..

Then there’s Apple, Samsung’s greatest competitor worldwide, which is set to debut its latest iPhone 7 in India on October 7.