Army Battled An Empty Building For 48 Hours In Pathankot Attack, Minister Of State Confirms 4 Terrorists Were Involved, Not 6 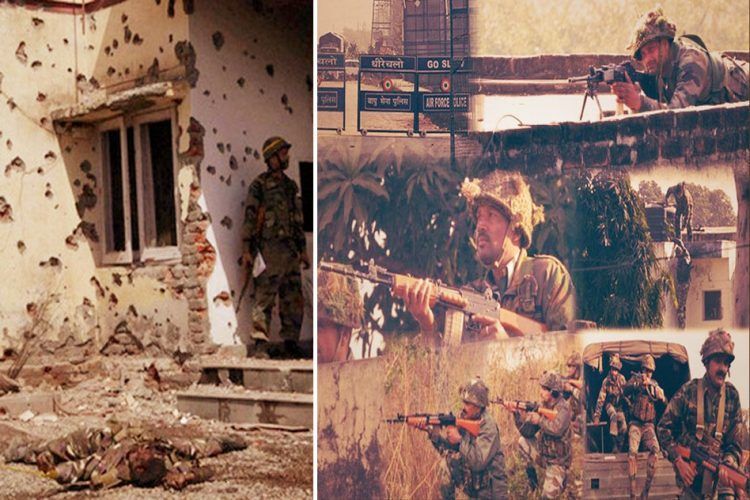 In contrast, Rajnath Singh on March 16, told the Lok Sabha that charred remains were found at the billet(building) and claimed that six terrorists were involved in the attack. But, The National Investigation Agency investigators had found only four bodies, along with four AK 47 rifles and three pistols with no other witness or evidence of more terrorists being present at the air base.

Despite such claims, NIA could not find any weapons, human remains or explosives from the destroyed billet. The Intelligence Bureau, through several call intercepts also came to a conclusion that there were only four terrorists.

The Pathankot Attack was committed on 2 January 2016 by Pakistan-based terrorists. The terrorists attacked the Air Force Station and a part of the Western Air Command of the Indian Air Force.

They entered India through Kathua-Gurdaspur border in Punjab at night and killed the driver of the taxi they hired. They further carjacked Gurdaspur SP Salwinder Singh and later pushed him out of the car. Singh alerted the police about terrorists and the centre also issued a high alert about the terrorists being present at Pathankot. In the early hours of January 2, 2016, the terrorists breached IAF base security in two groups using the SP’s vehicle, and a massive gun battle ensued between terrorists and the security forces. NSG Lt Col Niranjan was killed in a grenade blast while inspecting a terrorist’s body. The search operations began after the firing ended in the morning. Post the attacks, Home Minister Rajnath Singh told Loksabha that it had been established that there were six terrorists who attacked the airbase. He further claimed that a forensic report he received made it clear that the charred remains found inside the billet were those of the terrorists.

Did the Ministry mislead the people?

There has been a controversy surrounding the number of terrorists involved in the terror attack in Pathankot. The government claimed that there were six terrorists involved whereas the National Investigation Agency maintained that they only found four bodies. If there were only four terrorists, it means that the elite special forces battled an empty building for 48 hours. The government also refused to admit any lapse on the part of intelligence agencies and security. Many doubts have surfaced over how incapable India’s intelligence-security ecosystem is. The government and the forces should understand that these misquotes or any fabricated tweets from the government make people question the credibility and intention of all the future claims or posts. It is the duty of the government and the military forces to keep a strict check on the statements they make publicly.
You must log in or register to reply here.
Share:
Facebook Twitter Pinterest WhatsApp Link
Top