Apple Inc. is not only doubling down on the iPhone X, it’s tripling down.

The world’s most valuable company plans to launch three new phones soon that keep the edge-to-edge screen design of last year’s flagship, according to people familiar with the matter. The devices will boast a wider range of prices, features and sizes to increase their appeal, said the people, who asked not to be identified discussing unannounced products.

However, none of the three iPhones will be wholly new designs like the iPhone X was last year or the iPhone 6 in 2014, with some inside Apple labeling the launch as an "S year," a designation the company has given to new handsets that retain the previous design but add new internal features. The company is planning more significant changes for next year, they added.

The iPhone X wasn’t as big a hit as some Wall Street analysts hoped for before it was released last November. However, it still sold strongly and helped Apple gain share in a smartphone market that has almost stopped growing.

The upcoming phones, planned to be unveiled in September, show the company is adjusting its strategy. Rather than luring millions of new iPhone users, Apple’s goal these days is to steadily raise average prices, while expanding the total number of active devices to support sales of accessories and digital services like streaming music and video.

"The iPhone is entering a period of 0-to-5 percent annual growth, and the things they’re doing this fall will keep them on that path," said Gene Munster, a veteran Apple analyst and managing partner of Loup Ventures. The "real sizzle" for investors remains the iPhone because it’s the hub for almost all Apple’s other offerings like the Apple Watch, AirPods, and Apple Music, Munster added. Apple spokeswoman Trudy Muller declined to comment.

In early 2016, the company reported a new milestone: 1 billion active devices. By early this year, that number had grown to 1.3 billion. The three new iPhones due next month have a good chance to add to this important foundation of the company’s future.

There’ll be a new high-end iPhone, internally dubbed D33, with a display that measures about 6.5-inch diagonally, according to the people familiar with the matter. That would make it the largest iPhone by far and one of the biggest mainstream phones on the market. It will continue to have a glass back with stainless steel edges and dual cameras on the back. The big difference on the software side will be the ability to view content side-by-side in apps like Mail and Calendar. It will be Apple’s second phone with a crisper organic light-emitting diode, or OLED, screen.

"Having a bigger screen is always a plus for demand," Munster said, while noting the device should help Apple boost iPhone selling prices, which has supported revenue growth in recent quarters. The average price of iPhones sold in Apple’s most-recent quarter was $724, up 19 percent from a year earlier.

Apple also plans an upgrade to the current iPhone X with a 5.8-inch OLED screen, which is internally dubbed D32, the people said. The main changes to the new OLED iPhones will be to processing speed and the camera, according to the people familiar with the devices.

Perhaps the most significant phone will be a new, cheaper device destined to replace the iPhone 8. Codenamed N84, it will look like the iPhone X, but include a larger near 6.1-inch screen, come in multiple colors, and sport aluminum edges instead of the iPhone X’s stainless steel casing. It will also have a cheaper LCD screen instead of an OLED panel to keep costs down.

The cheaper version’s aluminum edges won’t necessarily be the same color as the colored glass back, simplifying production, one person familiar with the matter said.

Hon Hai Precision Industry Co. will assemble the two high-end OLED iPhones, while the LCD phone will be split primarily between Hon Hai and Pegatron Corp., the people said. Hon Hai began assembling the OLED devices in late July and only started on the LCD phones this month, partly due to minor challenges with the LCD panels, one person said. Taiwan Semiconductor Manufacturing Co. will remain sole supplier of the main processor for the new iPhones, while primary iPhone camera lens supplier Largan Precision Co. is expected to see sales rise with the launch of new Apple phones.

Largan climbed as much as 2.9 percent, while TSMC rose as much as 2 percent. Hon Hai and Pegatron shares also increased.

All three will have the gesture-based control system Apple introduced last year to replace the iPhone home button. They will also feature Face ID, Apple’s system for unlocking the phones by glancing at them. Bloomberg reported several details of the new phones earlier this year.

The lower-end device will be Apple’s second attempt at differentiating its phones partly by color. In 2013, Apple launched the iPhone 5c, which was essentially an iPhone 5 in plastic casing. The strategy flopped with iPhone users preferring Apple’s metal phones. This year’s lower-cost iPhone will use aluminum edges, retaining a premium feel.

Apple is planning dual-SIM card slots for the two larger phones in at least some regions, people with knowledge of the plans said. That feature would let travelers easily switch between a local carrier plan and a new country or coverage area.

The new iPhones come at an important time for the company. Apple is facing growing rivalry outside of the U.S., especially in developing markets where many people prefer less expensive phones with larger screens. The new low-end iPhone with the larger screen will give Apple a way to compete there.

The launch comes on the heels of Samsung Electronics Co. introducing its larger Note 9 smartphone. Alphabet Inc.’s Google also plans to debut new Pixel phones on Oct. 9 at a media event in New York City, other people familiar with the plans said. A Google spokeswoman declined to comment.

The new iPhone lineup has presented Apple with a naming conundrum, according to a person familiar with the deliberations. The company will be selling three phones that look similar and all have Face ID. But the cheapest model will be larger than the mid-range version, potentially confusing consumers.

While planning the new devices, Apple has altered the names multiple times. It has at least considered branding the new premium phones the "iPhone Xs," indicating that they’re an upgrade to last year’s iPhone X, the person said. The company has also weighed eschewing the "Plus" label for the larger model, which it has used since the iPhone 6 Plus launched with a larger screen in 2014. The final names could be different, the person noted. 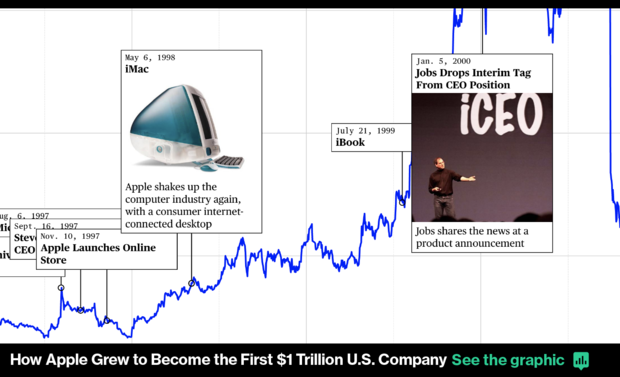 Beyond the iPhones, Apple has been working on updated AirPods, an AirPower wireless charger, a new Apple Watch, and revamped iPad Pro tablets for this year.

The Watches will look similar to current models, but will include larger screens that go nearly edge-to-edge. Their overall size will remain similar, making them compatible with existing straps, people familiar with the product said.

The new iPad Pros will come in sizes around 11-inches and 12.9-inches and include slimmer bezels. They’ll remove the home button and fingerprint sensing in lieu of an iPhone X-like gesture interface and Face ID for unlocking the tablet, people familiar with the plans said. The iPad mini, which was last upgraded in 2015, and the 9.7-inch iPad, last refreshed in March, won’t be upgraded, a person familiar with the company’s plans said.

​
You must log in or register to reply here.
Similar threads