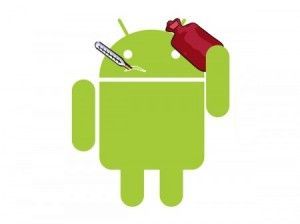 The new malware titled ANDROIDOS_NICKISPY.C can collect such information as GPS location, SMS messages, and call logs. Moreover, it is able to record phone conversations on infected cell phones. Remarkably, stolen information is being uploaded to some unnamed URL via port 2018.

It seems that Google may have to reconsider the open nature of the Android market, because more and more applications contain viruses and different types of malware. For example, several days ago security researchers announced that they have discovered some new Android malware which received the name of ANDROIDOS_NICKISPY.C. The malware in question successfully masks itself as the Google+ application and can collect information like SMS, call logs, and GPS location. Moreover, the malware is also able to receive commands through text messages and automatically answer incoming calls. What is the most interesting, before answering the phone, the malware puts the cell phone on silent mode so that the affected user does not hear it. In addition, it hides the dial pad and sets the screen in such way that it displayed the home page. The researchers revealed that after ANDROIDOS_NICKISPY.C answered the call, the screen of the phone went blank.

Today the application in question is hidden in a fake version of Google+, which is called “Google++”. The application is not offered everywhere, but only limited to a number of malicious sites trying to trick Internet users into downloading the application. The researchers admit that the malware presents the increasing threat for Android users.

It was just a few months ago that Google had to yank over 50 Android applications from the Android Market, because those were found to contain malware able to steal sensitive and personal information. The surveys showed that between 500,000 and 1 million Android users were infected within the last 6 months. Today the users have a computer that just happens to make phone calls instead of simple mobiles of the past. The devices pack respectable CPU and storage. They also run a full OS and are networked. Besides, the devices are filled with the personal data and contacts that all advertisers have been lusting after for many years. That’s why, aside from just owning the Android smartphone, their users are recommended to get some education on how to secure their personal data.
You must log in or register to reply here.
Similar threads
Google’s Android under US anti-trust scanner: Report
Rooted Android devices blocked from movie rentals
Google fixes Android Wi-Fi security hole
AAP Declares Donations Upto 20K, While Others Hide Behind The Loophole
Weird: Ways people keep trying to hide alcohol into Saudi Arabia
Share:
Facebook Twitter Pinterest WhatsApp Link
Top