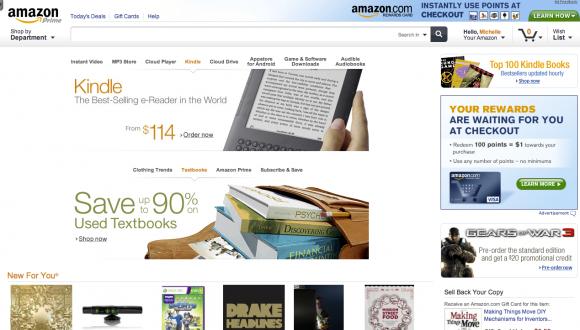 The Amazon.com website hasn’t changed much over the last few years, but it’s about to get a major revamp. You may or may not be able to see the changes Amazon has made as the new site is slowly being rolled out to users.

The blue menus and buttons we’ve all grown to know and love are now MIA. Screenshots of the new design show a white and grey interface that appears to be less cluttered and is apparently easier to navigate.

Though the redesigned site is said to look great on a desktop, the real reason for the changes is to make a tablet-friendly Amazon. The company is said to be launching a tablet in October, which may be why Amazon chose now to redo their site, ironing out any bugs in time for the tablet launch. The products featured the most on the new redesigned site are Instant Video, MP3 Store, Cloud Player, Kindle, Cloud Drive, AppStore for Android, Game and Software Downloads, and Audiobooks, which are all services that an Amazon tablet owners would want primary access to.

The company was reportedly placing orders for the tablet components as early as May from Quanta Computers, with an expected ship date in the second half of this year and a projected 800,000 units being made available. We also heard back in May that Amazon would be releasing two tablets – a 7-inch aversion and a 10-inch version.

However, if you want the 10-inch tablet, you may have to wait until 2012. Mass production of Amazon’s 10.1-inch tablet apparently won’t even begin until the first quarter of 2012 with Foxconn handling the orders. It’s rather interesting to see Foxconn listed as the manufacturer since the company is known for its long-standing relationship with Apple and its production of the iPad. Still, it’s not that unusual since Foxconn has been manufacturing Amazon’s Kindle. The 7-incher is still due to be released in October as far as we know.

The Amazon tablet is rumored to be significantly less expensive than other tablets on the market. The company is said to make up for the loss in profit with the help of purchases made in the services mentioned above. Is that the key to getting more people to buy a tablet: Make the hardware cheaper, and the software priced at a point where people will continue to click the “Buy” button over and over again? 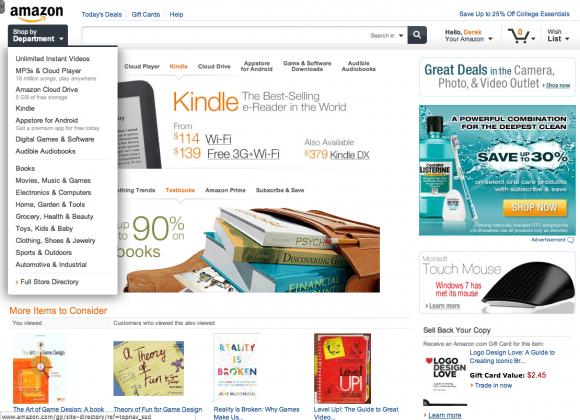