The party rededicates itself to setting up a ‘a genuinely secular and federal India’ based on the principles of peace, communal harmony and equal rights and respect for all citizens, regardless of their religion, caste, creed, language or state.

The SAD calls for making the election manifestoes of all political parties a legally enforceable document and says offending parties and individuals must be punished for enacting fraud on the people.

The SAD reiterates Punjab’s inalienable right on its capital Chandigarh and other Punjabi-speaking areas, which had deliberately been left out of Punjab at the time of reorganisation in 1966.

The meeting also demanded mother tongue status for Punjabi in Chandigarh. Punjabi must be given the status of second language in state adjoining Punjab, including Haryana, Rajasthan, Himachal Pradesh and Delhi.

The party will continue peaceful and democratic struggle to protect the right on its river waters as a riparian state.

The party also demanded immediate release of all Sikh prisoners languishing in jails for much longer periods than the tenure of their sentence.

Calling for immediate release of Balwant Singh Rajoana, the party expressed disappointment over confusion created on commutation of his death penalty.

SAD resolved to demand from Centre to withdraw Bharat Ratna awarded to Rajiv Gandhi and change the nomenclature of all government schemes or projects named after the former PM.

Staff member
I agree with the last one 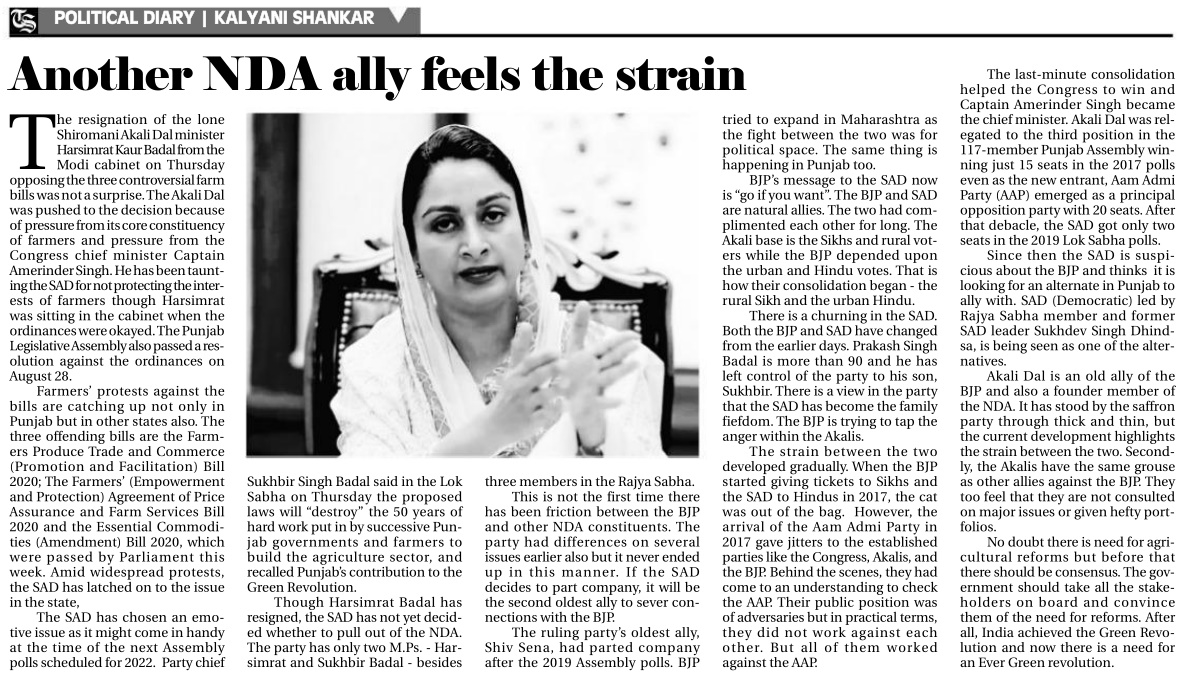 With Parliament today passing the Jammu and Kashmir Official Languages Bill 2020, which does not include Punjabi as one of J&K’s official languages, Shiromani Akali Dal (SAD) president Sukhbir Singh Badal said the voice of the people of J&K in support of the Punjabi language had been thus “muzzled”.

Underlining that all sections of people in Punjab are extremely angry over the farm bills issue, Gujral said, "I hope that even at this late stage the Centre would show some sensitivity in dealing with the Punjab situation before it gets out of hand."

www.tribuneindia.com
You must log in or register to reply here.
Similar threads