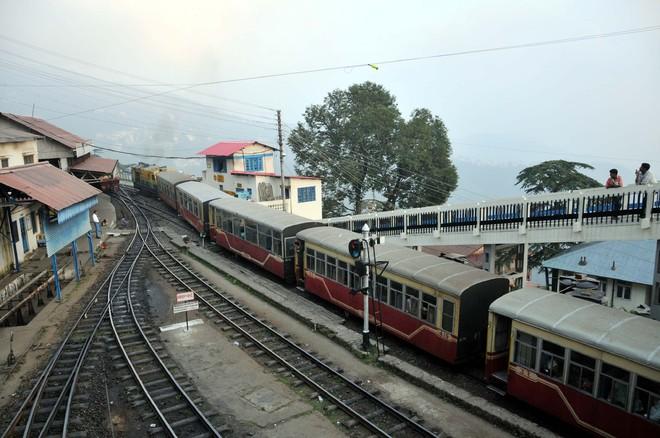 A seven-member panel headed by SK Pathak, Commissioner of Railway Safety (CRS), Northern Railways, will probe the derailment of Chartered Special Train on the Kalka-Shimla rail track on September 12.
Ambala Divisional railway manager Dinesh Kumar said officials conducting the inquiry would share their findings with the committee on Tuesday from 10 am to 6 pm. He said during the first inquiry meeting, statements of all officials and eye-witnesses would recorded. He said the chartered train service would continue as per demand. Officials said Northern Railway general manager had appointed the CRS to probe the accident that killed two foreigners.
In the preliminary inquiry, the officials found that the speedometer was not functioning following which the driver lost control. In his statement, the driver said he was aware that the speedometer was not working.
It reportedly failed barely 3 km after the train had embarked on the journey.
Passengers of the train had alleged that overspeeding had led to the mishap as the driver had failed to negotiate a sharp curve.
The speedometer, sources said, was important to measure the speed at which the train was running at the time of the accident. The inquiry will also focus on whether the driver had informed the mechanical wing about its non-working status and why the engine was still used under such circumstances.
The train’s engine was among the new ones purchased by the Railways a few years ago. Therefore, its regular maintenance status will also be examined.
The train usually runs at a speed of 22.5 km per hour, which can be enhanced to 25 km per hour, on the Kalka-Shimla track. About five years ago, a railways team had looked into the probability of enhancing the speed to 30 km per hour. However, since the gradient is quite steep and narrow at several places on the track, the idea was abandoned.
In 2008, a passenger was killed in a similar accident at Dharampur. The train driver and an assistant were taken off duty after the inquiry had indicated overspeeding the reason behind the accident.
Meanwhile, Kasauli Tehsildar Narayan Singh Chauhan, confirmed that officials of the British embassy had clarified about ex gratia. They wanted to ascertain whether accepting the ex gratia would hinder the insurance claim in their country, said Chauhan.
He clarified that since the ex gratia was handed out from the national disaster relief funds, it had no bearing on the insurance claim of an individual in India, though rules could be different in the UK. The embassy officials also inquired about the inquiry constituted by the state, besides the one undertaken by the railways. Chauhan said they had directed the victims to furnish their statements before leaving the country as they would be required in establishing the case.
You must log in or register to reply here.
Similar threads