6 killed, over 150 injured as trains collide in Pakistan 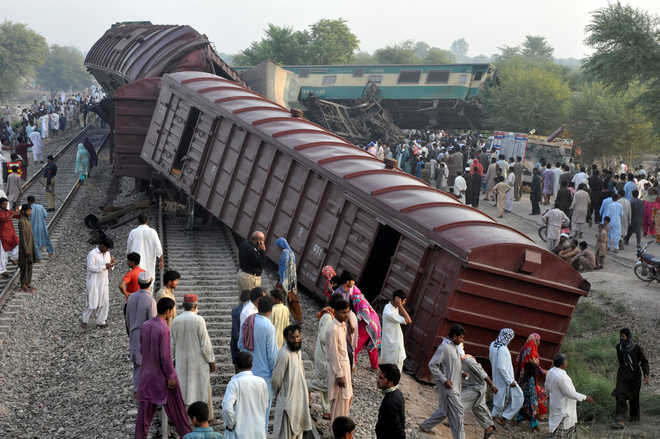 At least six persons were killed and more than 150 injured on Thursday when a Karachi-bound passenger train collided with a freight train near Multan in Pakistan’s Punjab province.

It occurred when a man reportedly was overrun by a freight train and the driver stopped it to take out the body, said police official Nadir Chattha.

In the meantime, Awam Express heading on the same line collided with the stationary goods train.

The collision wrecked the engine and power van, and overturned four bogies of Awam Express, he added.

The incident left at least six people dead and wounded over 150, out of which 10 were said to be in serious condition, Geo News reported.

A delay was initially observed in response by rescue services due to Eid holidays, according to sources. Relief works were also affected as darkness prevailed in the vicinity.

The passenger train was en route to Karachi from Peshawar.

Earlier, railway authorities ordered investigations into the accident.
You must log in or register to reply here.
Similar threads