Let's take our usual walk around the new-for-2010 Brutale 990R to take in all the details. At first glance, the casual observer may see very little clues that MV's new naked sportbike is in fact all-new. A closer inspection reveals that nearly nothing is carried over from the last generation. MV claims that over 85% of the 2010 Brutale is new and not interchangeable with the 2009 model, but it still might take a ride or two to prove the new one is sufficiently different from the old. Whether this seemingly carry-over design language is good or bad is up to individual tastes.

As far as we're concerned, the old Brutale was still one of the most visually stimulating designs on the market, and so the fact that the made-over 2010 model looks so much like the previous generation is anything but a bad thing. Further, the more time we spent, the more the unique details and updates jump out at you... so much so that we found ourselves just staring at every angle while conducting our photo shoot as the sun went down behind the mountains. It wasn't until we unloaded our memory card that we realized we had taken over 300 pictures in just one sitting.

Beyond those admittedly minor demerits, we love ourselves some Brutale. Yes, it is indeed less frenetic and easier-going than its forebear, but we're putting those attributes firmly in the Positives column, not the Negative. The newly refined machine is just as engaging as it ever was, the styling of the Brutale still stands up to our critical eyes and the updates made to the bike's ergonomics make it a much more inviting option in the face of stiff competition from the likes of the Ducati Streetfighter and Triumph Speed Triple. Finally, we think the $15,000 asking price is pretty damn attractive for what you're getting. 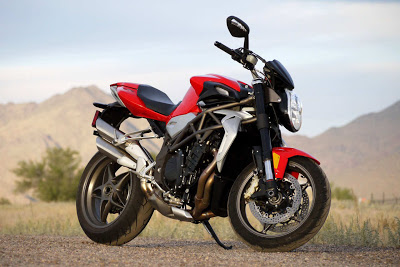 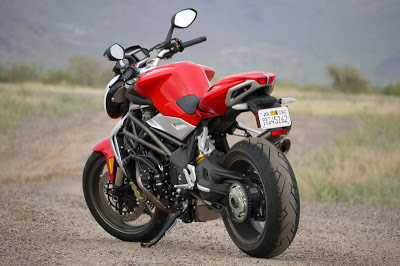 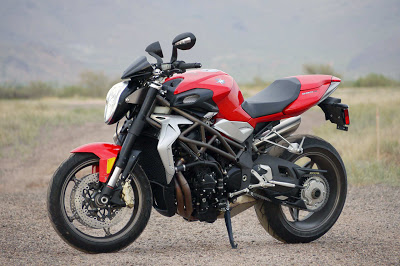 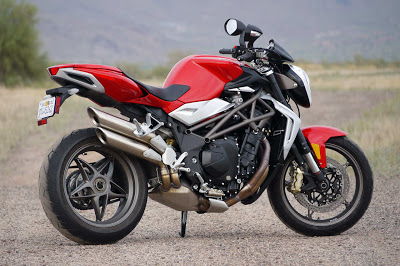 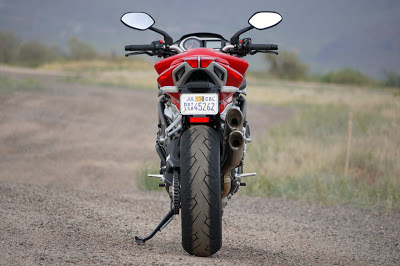 naked augusta
nice man! they good bikes .. but too much $$