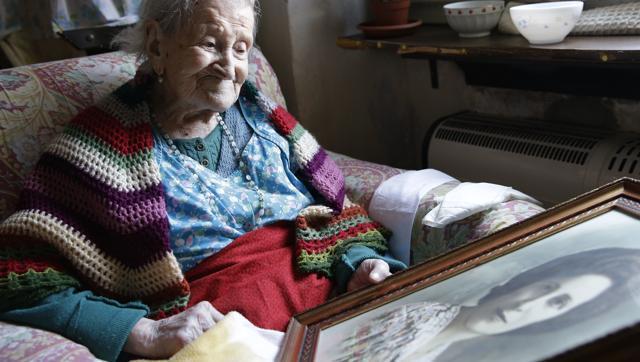 Surrounded by relatives and friends, Italy’s Emma Morano greeted with a smile the news that she, at 116, is now the oldest person in the world.
Not only that, but Morano is believed to be the last surviving person in the world born in the 1800s, with a birth date of November 29, 1899. That’s just 4 ½ months after Susannah Mushatt Jones , who died Thursday in New York, also at 116.
Journalists on Friday descended upon Morano’s home in Verbania, a northern Italian mountain town overlooking Lake Major, to document her achievement, but had to wait until she finished a nap to greet her.
Morano lives in a neat one-room apartment, which she no longer leaves, and is kept company by a caregiver and two elderly nieces.
“I am doing fine —116!” she told well-wishers from her bed Friday.
“I finished school and I went to work. I used to sing. I had a beautiful voice,” she added, summing up her life in a frail voice.
Her physician of 23 years, Dr Carlo Bava, delivered the news earlier that she was officially the world’s oldest person.
“She was very, very happy” and sitting up in a chair, he told The Associated Press in a phone interview. “She was all proud and contented.” 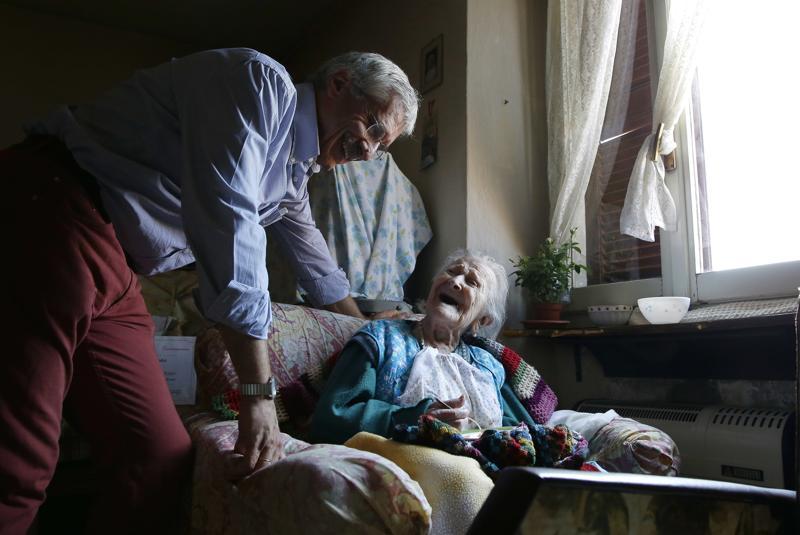 For the occasion, he brought flowers as well seven Easter cakes called Colomba, an Italian specialty that he managed to procure out of season to satisfy her sweet tooth until Christmas, when Panettone is available.
The doctor said Morano has never had a very balanced diet, relying mostly on animal protein, the occasional banana and grapes in season. Her diet now includes two raw eggs and 100 grams of raw steak a day, which Bava prescribed after she had a bout of anemia some years back. Her nieces also make her apple sauce.
Italy is known for its centenarians — many of whom live on the Mediterranean island of Sardinia — and gerontologists at the University of Milan are studying Morano, along with a handful of Italians over 105, to try to figure out why they live so long.
Bava, who visits her every Friday, is convinced there’s a genetic component to Morano’s longevity in addition to her positive attitude. One of her sisters lived to be over 100 and another to nearly 100. 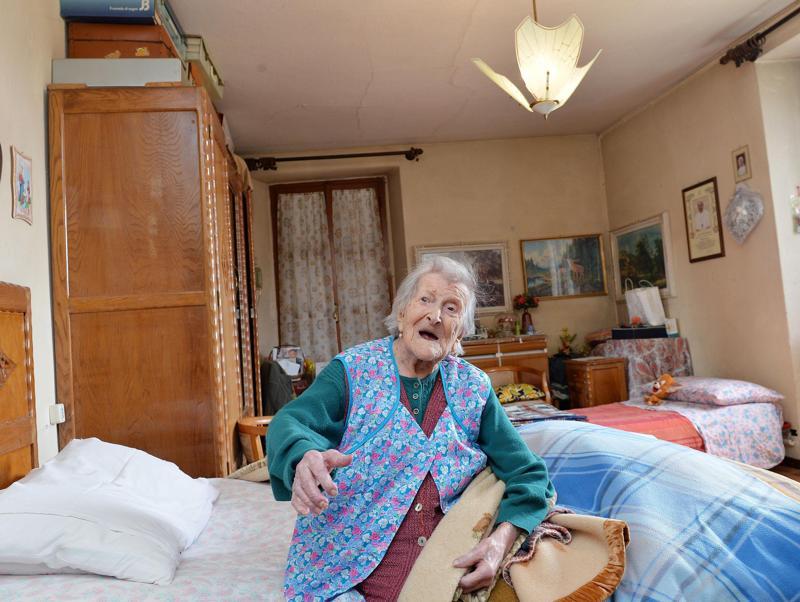 She has been in stable health for years, Bava said, with no chronic ailments.
“Her longevity is a genetic fact, nothing else,” Bava said. “She is a person who from a young age had a difficult life that would have sapped the energy out of anyone.”
He said Morano’s husband beat her and she lost an infant son to crib death at 6 months. She supported herself working in a factory making jute bags, then in a hotel, working well past retirement age.
“She abandoned the husband in the Fascist era, when women were supposed to be submissive. She was always very decisive,” her doctor said.
Bava, who has known Morano since she was 90, also praised her emotional stability.
“She is always a very serene. The beauty of Emma is that it is normal that she smiles, but also in difficulties, she is very decisive,” he said. “But perhaps this tranquillity comes with age, which becomes wisdom. Who knows?”
During a visit by the AP last summer, Morano was in feisty spirits, displaying the sharp wit and fine voice that used to stop men in their tracks.
“I sang in my house, and people on the road stopped to hear me singing. And then they had to run, because they were late and should go to work,” she recalled, before breaking into a round of the 1930s Italian love song “Parlami d’amore Mariu.”
“Ahh, I don’t have my voice anymore,” she lamented.​