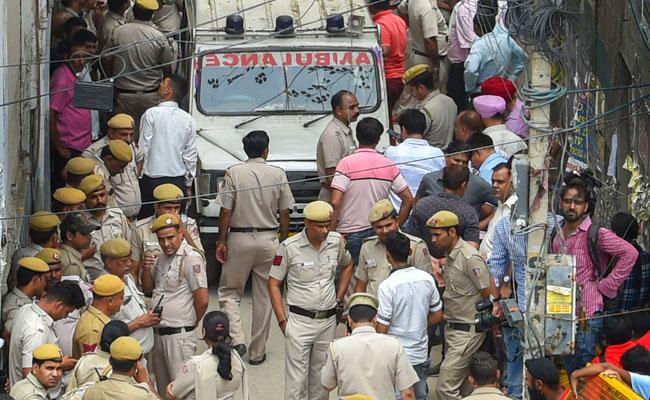 New Delhi: A bunch of handwritten notes found in a couple of registers have given fresh direction to the investigation into the deaths of a family of 11 in north Delhi's Burari. The notes - which talk of strange religious beliefs -- provide a motive in the case, say the police, who initially thought it was mass suicide and then said it could be mass murder by one of the family, who then committed suicide.
Ten of the 11 people - two men, six women and two teens - were found hanging in the courtyard of the house. They were blindfolded and their mouths were taped. Some of the bodies had their hands and feet tied as well. Another woman, 77-year-old Narayan Devi was found dead in another room. It appeared that she had been strangled.

The notes provided a shocking clue. "The human body is temporary and one can overcome fear by covering their eyes and mouth," read one, according to news agency Press Trust of India.

"The notes say if a group of 11 people follows these rituals, all problems would ease out and they would attain salvation. Some notes have dates on which they were written while others didn't have it. All the notes talk about reaching the end and gaining peace," reported PTI, quoting one of the officers investigating the case.

The police are now looking into the family's links with godmen or occult practitioners.

"We have found handwritten notes detailing how hands and legs are to be tied and are quite similar to the manner in which the bodies of 10 persons were found. They are exhaustive notes and we are studying them," Joint Commissioner of Police (Crime) Alok Kumar was quoted as saying by PTI. 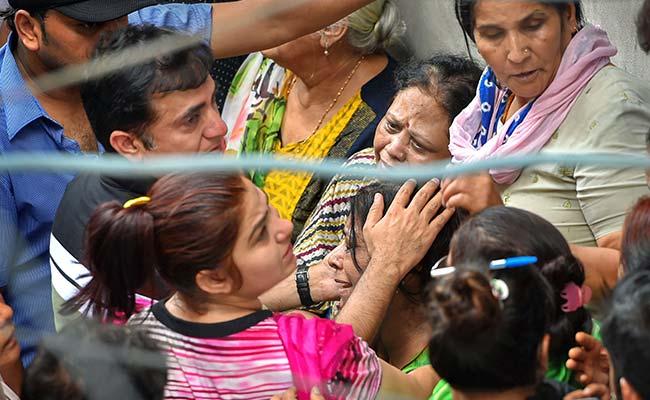 On the basis of ligature marks, the police have filed a case of murder. However, PTI reported that investigators suspect the deaths could be a case of suicide pact. "It is possible that the elderly woman was strangulated since she was not in a condition to climb the stool. We are probing whether the children were killed or were convinced to take the extreme step," said another officer.

Ketan Nagpal, whose maternal grandmother was one of the people found dead, alleged that they were murdered. "They were not facing any financial issues and had not taken even a single loan. Everything was fine. Why would they kill themselves?" Mr Nagpal said.

Mr Nagpal said even if they committed suicide, they would not have covered their faces and taped their own mouth.

Neighbours said that the family was religious and they never saw anything suspicious. The family would write religious 'shlokas' on a board outside their house everyday. "They would chant 'Gayatri Mantra' and worship the gods once during morning and once in the evening. We never saw any 'tantrik' or godman visiting their house. They were helpful and humble," one of the neighbours told PTI.

Police is currently awaiting the post-mortem reports of the bodies, which would clear if one of the family members killed the rest and then committed suicide or was it a suicide pact.

Lalit Bhatia's wife Tina, 42, and their 15-year-old son Shivam were also among those found dead.

Pratibha's daughter Priyanka, 33, who was engaged last month and would have been married by the end of this year, was also found hanging.
​
You must log in or register to reply here.
Similar threads
8-year-old girl pretends to be dead to escape rapist in Delhi
1 dead after rain, thunderstorm lash Delhi-NCR
Six-year-old found dead in Delhi school
Delhi HC blast accused shot dead in J&K
Young couple found dead in N-W Delhi
Share:
Facebook Twitter Pinterest WhatsApp Link
Top