The Fortress of Brest


The Fortress of Brest is the second largest war monument in the former Soviet Union. Located in the city of Brest in Belarus the sculpture is a tribute to the famous “courage” defense against Germany that attacked the Soviet Union during the first days of World War II. Its size is impressive and the figure display a palpable toughness. 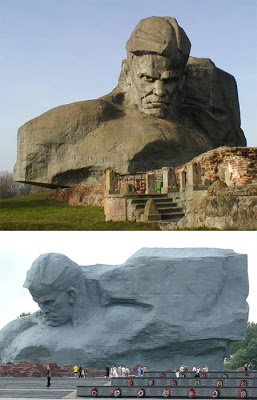 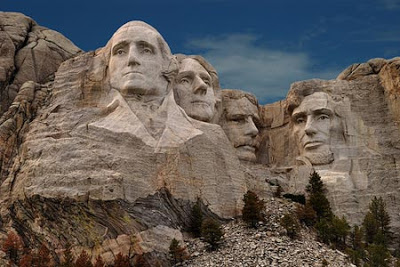 The entire carved surface measures three-acres, larger than a football field. The carving of the three men towers 400 feet above the ground, measures 90 by 190 feet, and is recessed 42 feet into the mountain. The deepest point of the carving is at Lee’s elbow, which is 12 feet to the mountain’s
surface. 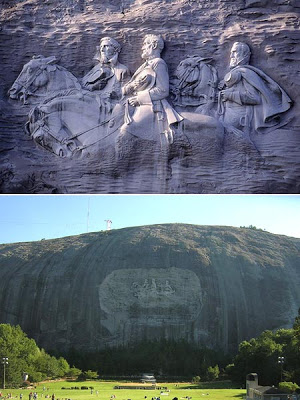 The Bust of Ataturk

A giant bust of Ataturk, the founder of the Turkish Republic, is under construction in Buca, a suburb of the Aegean port city of Izmir, western Turkey

Funny Note: A cow has reportedly been sent to another village by its owner after it smashed a bust of Mustafa Kemal Atatürk, the founder of the Turkish Republic, in the garden of a primary school in the eastern province of Malatya. 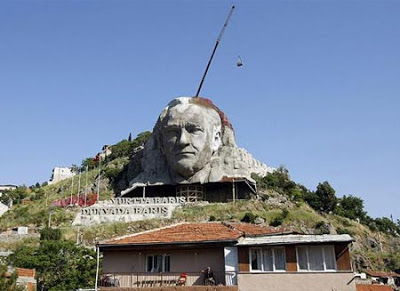 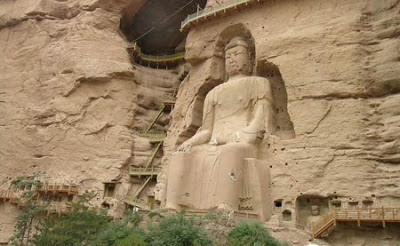 Petra is a historic and archaeological city in the Jordanian that has rock cut architecture . Established sometime around the 6th century BC as the capital city of the Nabataeans it is a symbol of Jordan as well as its most visited tourism attraction.Petra was chosen by the BBC as one of “the 40 places you have to see before you die”.
The site is featured in films such as: Indiana Jones and the Last Crusade and Transformers: Revenge of the Fallen. 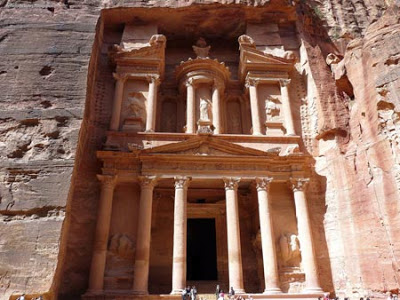 Leshan Giant Buddha is a statue of Maitreya in sitting posture. In December, 1996, the location of the Buddha was included by UNESCO on the list of the World Heritage sites. Begun in the year 713 in the Tang Dynasty, and finished in the year 803, the statue took people more than 90 years to carve. At the time of its construction was the tallest statuein the world.

During these years, thousands of workers had expended their efforts and wisdom on the project. As the biggest carved stone Buddhain the world, Leshan Giant Buddha is featured in poetry, song and story. 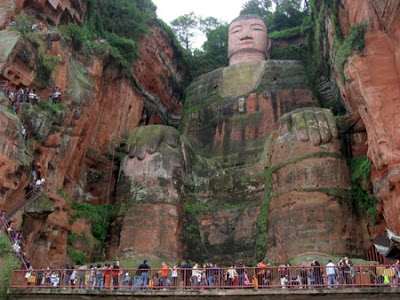 They were intentionally dynamited and destroyed in 2001 by the Taliban, on orders from leader Mullah Mohammed Omar, after the Taliban government declared that they were “idols” (which are forbidden under Sharia law) 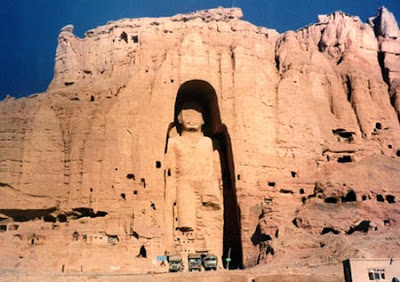 Located in South Dakota, this massive carving of an Oglala Lakota warrior, with his horse was started by Korczak Ziolkowski in 1948 on the Black Hills.

Still under making, this figure will be the largest carving on earth with 641 feet in width and 563 feet in height. The Crazy Horse Memorial mountain crew uses precision explosive engineering to carefully and safely remove and shape the rock of the mount. 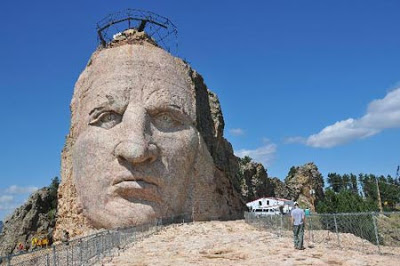 The Church of St George was carved entirely out of a single block of granite with its roof at ground level at the small town of Lalibela in Ethiopia and is one of the eleven rock-hewn churches.

The churches of Lalibela were not constructed — they were excavated. Each church was created by first carving out a wide trench on all four sides of the rock, then painstakingly chiseling out the interior. The largest church is 40 feet high, and the labor required to complete such a task with only hammers and chisels is astounding. 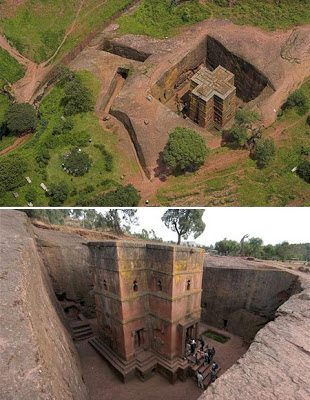